Back in 1962, the present, limited access Route 2 hadn't been built yet through our area. It was still at the planning stage, and long postponed by the State of Ohio.

The new highway wasn't even going to be called relocated Route 2 at that point. Route 254 was its projected name. And the Journal – which used to be a force in Lorain affairs – was getting tired of the delay.

And that's the theme of the editorial below, which ran in the Journal on November 16, 1962.

And since the Journal playfully uses the name of a popular TV show – "Car 54, Where Are You?" – as a jumping off point for its editorial, the newspaper's cartoonist provided a great cartoon to accompany it. 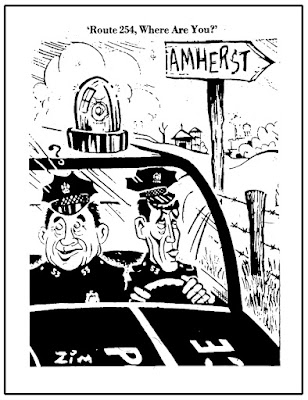 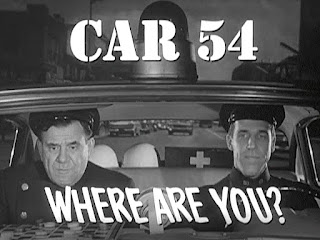 And here's the well-remembered opening of the TV show. Hey, we watched this when I was a kid!