While many (most?) people prefer to stream movies in the comfort of their own home these days, sixty years ago you had to head out to the theaters to see your favorite stars.

So what was playing on area movie screens back then? This page from the November 10, 1962 Journal tells the story. 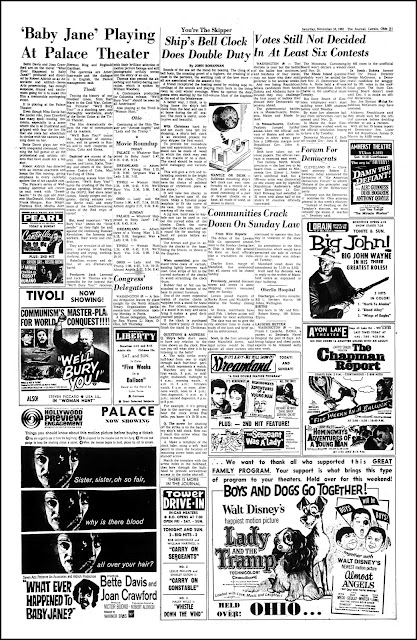 As usual, there was something for everyone – and here's a sampling from the listings.

It may have been November, but the drive-ins were still open. John Wayne was starring in three features at the Lorain Drive-in: North to Alaska (1960), Blood Alley (1955), and The Wings of Eagles (1957) 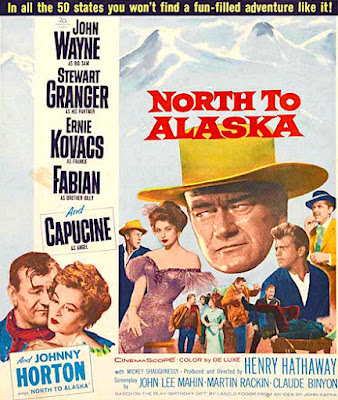 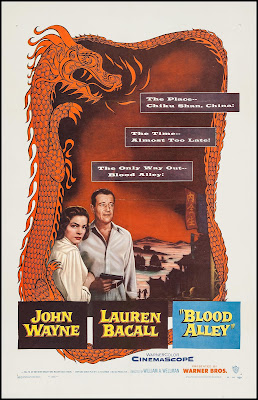 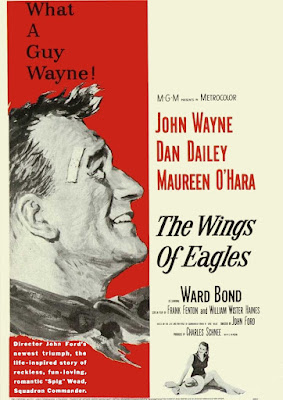 Not exactly "Big John's" three greatest roles as the ad says, but North to Alaska is a lot of fun, and hey, any John Wayne flick on the big screen is okay with me, pilgrim.

Tower Drive-in was showing two films in the bawdy "Carry On" series: the first in the series, Carry On Sergeant (1958), and Carry On Constable (1960). There was also Hayley Mills in Whistle Down the Wind, which was probably low on the bawdy meter. 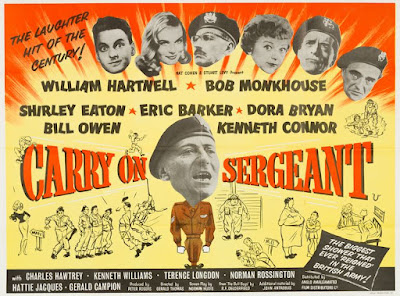 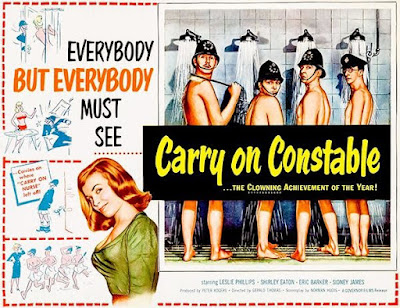 Carry On Sergeant actually looks pretty funny, kind of like a British Stripes. In fact these "Carry On" movies remind me of the Bowery Boys.
The latest Walt Disney animated feature, Lady and the Tramp, was being held over at the Ohio. 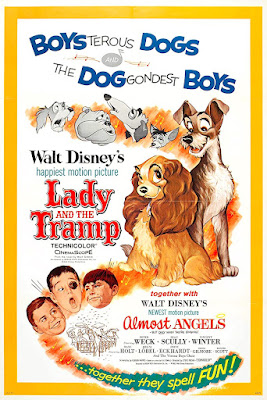 Although we saw a lot of Walt Disney movies, I don't recall seeing Lady and the Tramp, although it was one of the stories in my Walt Disney Story Land book, which I still have. (It was a gift from my parents on my fifth birthday.)
At the Palace was What Ever Happened to Baby Jane?, the horror thriller that revived the careers of its stars, Bette Davis and Joan Crawford. 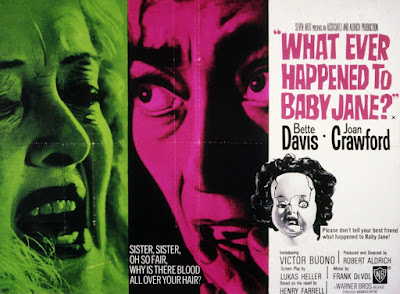 Slightly more appealing to me than What Ever Happened to Baby Jane? was the documentary We'll Bury You! showing at the Tivoli. 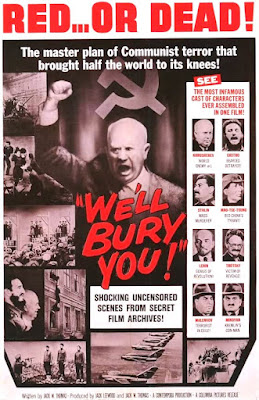 With the way things have been going in the world these days, maybe this documentary should be re-released.
Oh, and the Carry On movies too. We could use some good laughs.
Posted by Dan Brady at 12:21 AM

I caught BABY JANE at its second run at the Dreamland. I was probably too young (six) to see it, and it straight creeped me out.

I saw it as a youngster and had bad dreams for weeks. I still can't watch *any* movie with either Crawford or Davies without seeing them in Baby Jane the whole time.

I'm still scared of old ladies who wear too much makeup!

Lady and the Tramp is actually from 1955. It must have been re-released to try to entice people to see the co-feature. Not sure how many people were eager to watch a Vienna Boys Choir movie.

I was 13 when these films came out - the ads for Baby Jane were enough to let me know that it wasn't something I wanted to see.

True story: years and years later, I bought BABY JANE on DVD. I got about twenty minutes into the movie, and popped the disc out; it still creeped me out. I wound up selling it at a buyback place with some other discs, and I 've never seen it since.

Joan Crawford and Bettie Davis were 2 of the best actresses ever in Hollywood.Now all we have are actresses like Jennifer Aniston and Julia Roberts to watch.I'll take a classic Hollywood star anytime over todays over hyped pretty face/but not much talent actresses.

I hardly watched Baby Jane as a youngster - I closed my eyes and put my fingers in my ears for most of it. As an "adult" ... I agree -- too doggone creepy.

I'm not sure how much of the hatred between the two was acting.

Jennifer Aniston and Julia Roberts in a remake would be fun.

Who would you put in the wheelchair?

Noticed one of the stars of 'Carry On Sergeants' is a fellow named William Hartnell. Seems 'Carry On' was actually about four years old when it got to the Tower, because Hartnell's part in that movie got him a part as a soldier in 1959's 'The Mouse That Roared', and he ended up slightly typecast in military roles.

So he was kind of happy to take the starring role in a new BBC kids' series that premiered in November of 63 and was an immediate hit - it was kind of a goofy part, but it was steady and it paid very well. He did it for three years until his health deteriorated to the point where he had to retire - but the BBC didn't want to cancel a wildly popular series, so they came up with the idea of his character 'regenerating' into a new actor.

Funny even back then they couldn’t count votes

As much as I love you articles, and I do love your articles, it is always a bonus when you include a full page of the newspaper! Today I enjoyed seeing on a Saturday in 1962, election results were not complete and counting of absentee ballots had not started in one state. And republican candidates were considering challenging the count. Peg H