Lorain County was, and still is, largely rural – and the local newspapers reflected this in their content over the years.

The Chronicle-Telegram over the years had a great, longtime column called "The Country Wife" written by Pat Leimbach. For me, it was often the best part of the paper, because it was a little window into a world (the rural life) that was nearby, but out of reach to most Lorainites.

The Lorain Journal apparently had a similar column in the early 1960s that I've discovered recently, called "Farm Wife's Window" written by Ethelberta Hartman. The column below ran in the paper on September 8, 1962 and has a topic that any bird lover would find interesting: red-wing blackbirds and how they can be a friend – or foe – to a farmer.

For me, the most interesting part of the column is the image of farmers taking potshots at the red-wing blackbirds with their rifles, or resorting to cherry bombs to scare them away from the crops.
It reminds me of a Huckleberry Hound cartoon (although in this case the enemy was a pair of corny crows, not red-wing blackbirds). 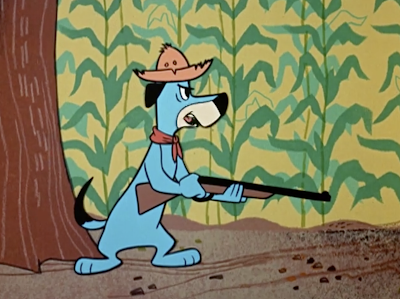 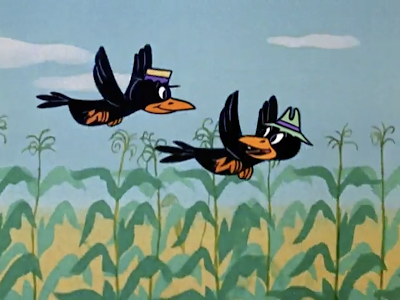 When I was a youngster, the bus to skool passed by a marsh (a "swamp," back then) full of cat-tails. It was always flocked with R.W.B.Bs. It's one of the few birds I can reliably identify by its call. Don't see them too much, anymore. Then again, I don't drive by swamps, uh marshes, all that much, either.