I'll wrap up my calvacade of vintage Christmas ads with a sampling from the pages of the Journal from December 1968 – 50 years ago.

I'll start off with – what else? – two Christmas Club ads, this time for the City Bank Company. Like the ads I posted for Central Bank and Elyria Savings & Trust, these feature jolly old St. Nick as well. Here's the one that ran on December 8, 1968. 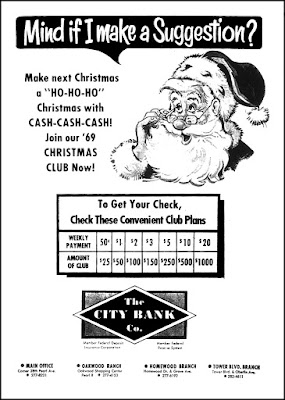 As you can see, City Bank offered those lucrative 50 cent savings plans just like Central Bank.
Here's another ad for City Bank from December 15, 1968. Now that's a good looking Santa. 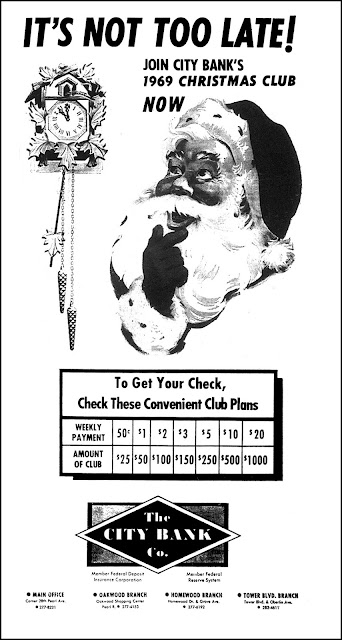 The Lorain County Plumbing Industry had a great Santa in their ad too, which ran on December 24, 1968. 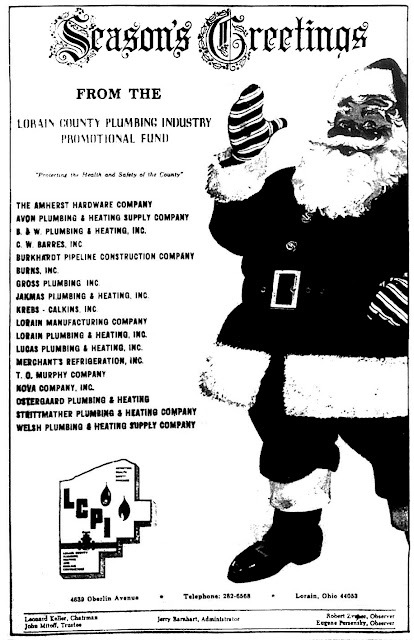 Hey, where's my favorite plumber, Raymond Plumbing?
Anyway, the last 1968 ad is for Sandy's, a longtime favorite topic on this blog. It ran on December 19, 1968. 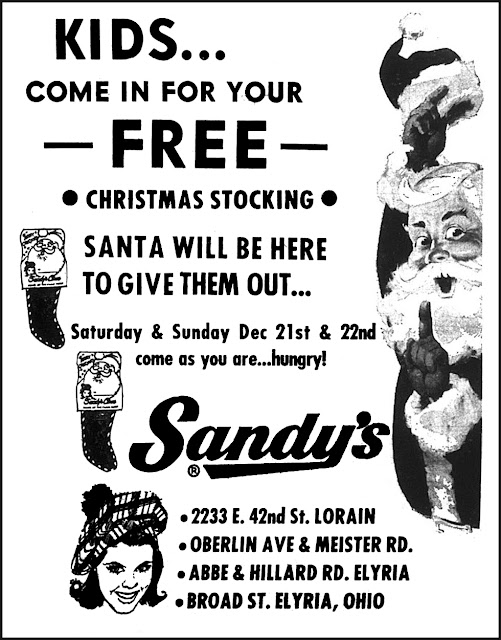 I wonder if anyone still has one of those Sandy's Christmas stockings? I'd bet it would be worth quite a lot today to Sandy's aficionados. But it won't be too long before Sandy's is completely forgotten (if it isn't already), as there are very few people that I know who have even heard of the hamburger chain.
Posted by Dan Brady at 5:20 AM

Sandy's (at Lorain Plaza) was my favorite fast food stop.

I do miss the Husky Jr.

I remember Sandy's on Cleveland St. in Elyria, with the twirling kilt-adorned Sandy atop the restaurant.