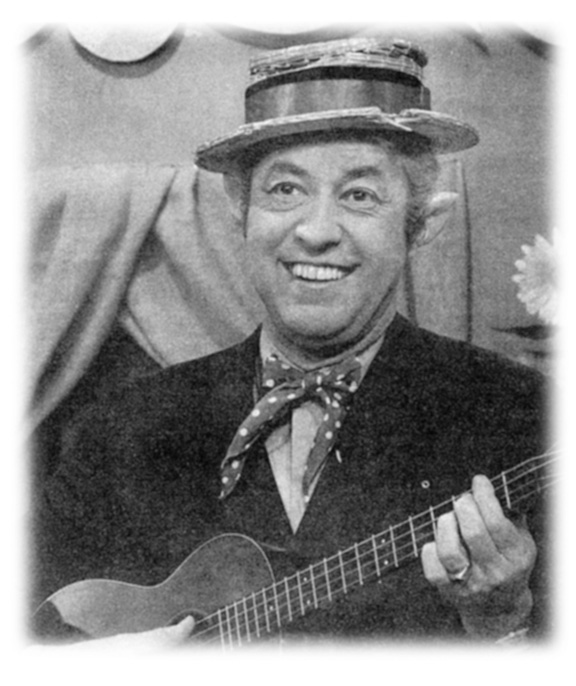 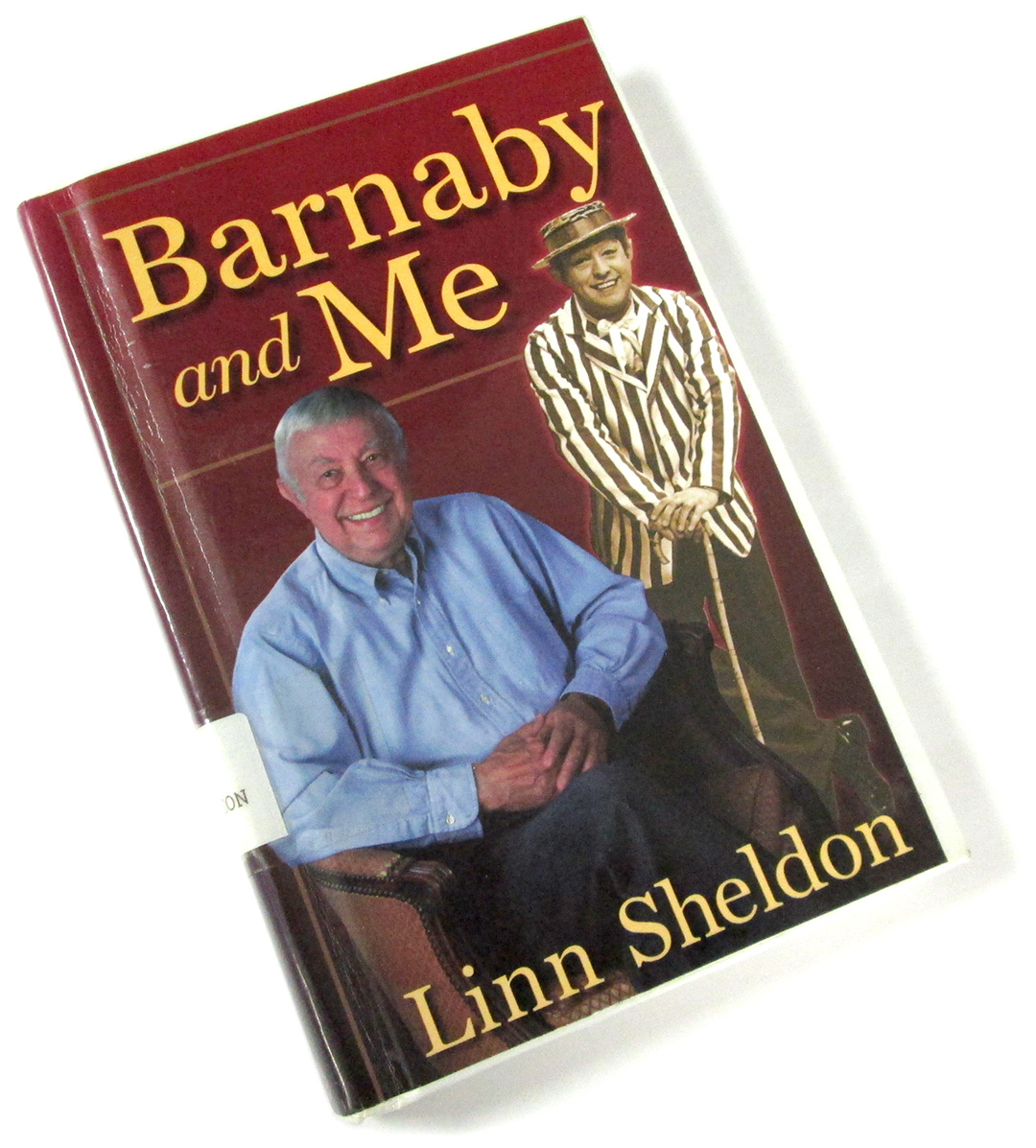 After my post on Barnaby's 1958 appearance at Westgate Mall, I realized I was interested in learning more about Linn Sheldon, the man who played him on local TV for 32 years. So I borrowed his autobiography, Barnaby and Me (1999) from the Lorain Public Library.

It's a tremendously enjoyable and easy-to-read book (I read it in two sittings) that reveals many interesting aspects of his life.

I had no idea that Sheldon was born in Norwalk, Ohio. He talks about his tough childhood, and how being forced at the age of eight to fend for himself and live by his wits helped shaped his adult personality.

I found it interesting that as a young man he had embarked on an entertainment career that led him all the way across the country to Hollywood. It makes you realize that he was quite talented and multi-faceted as an entertainer. He also met many famous personalities and these encounters are recalled with humor.

For me, the book really got interesting when Sheldon writes about his pioneering role in the early days of Cleveland television on WEWS (Ohio's first television station). He hosted many local shows and helped fill up airtime (as he put it).

He explains how he later auditioned for the job at KYW hosting Popeye cartoons. Instead of dressing like a sea captain like everyone else who wanted the hosting job, Sheldon came dressed as a leprechaun  – and was hired on the spot.

Interestingly, for a time the Barnaby show was shown in other TV markets, including Baltimore. The show also produced another local TV star – Clay Conroy as Woodrow the Woodsman – whose show also enjoyed distribution in a few other cities besides Cleveland.

The Channel 3 station owners gave Linn Sheldon free reign each year to produce a Barnaby TV special, such as the one in which he visited Plymouth, Massachusetts and recreated the Pilgrims' landing at Plymouth Rock. In the book, he hilariously recalls how he almost drowned during the taping of the special while stepping into what he was told was only two feet of water – when it was really twenty feet.

Barnaby and Me is also a sad book at times, with many touching moments. Sheldon talks about his drinking problem, and how playing Barnaby helped him overcome it.

After reading the book, you get the feeling that Sheldon had a wonderful life, full of satisfaction in being a part of the lives of so many children in Northeast ohio. You also wish that he'd written another book, as he hints that he has many more stories to tell.


He closes the book with the words he used to close each Barnaby show: "And if anyone calls, tell them Barnaby says hello. And tell them I think that you are the nicest person in the whole world. Just you."
****
To see a 1977 interview with Linn Sheldon filmed during the 67th birthday celebration of WEWS, click here to visit the WEWS Video Vault. Sheldon is interviewed at the 24 minute mark along with Earl Keyes (Mr. Jingeling).
****
Barnaby's Theme Song
Contributing to Barnaby's kind, gentle presence on his TV show was the beautiful music used to open and close the program. It was composed by Robert Farnon and was actually a traditional French song entitled "A La Claire Fontaine."
Farnon's composition is so engrained in the memories of Northeast Ohio Baby Boomers who enjoyed Barnaby's TV show that it is almost impossible not to get teary-eyed while you listen to it. Why? Perhaps because of its sheer, powerful beauty; the sad passing of Linn Sheldon in 2006; or, the memories of youth and innocence it evokes.
Here is the version used on the show.

Thanks Dan. Seeing how I just turned 57, it was nice to be 6 years old again for a minute or two.

Hearing that song always makes me feel like a little girl.....

Thanks! I loved hearing that song again.