My recent posts about Kahiki and Tradewinds got me to thinking about Lannie's, the iconic Lorain restaurant on East Erie (U.S. Route 6) that served up Chinese and American cuisine.

Lannie's was located in the building formerly occupied by Heimann's Barbecue at 402 East Erie. It first appeared in the Lorain phone book in the 1974-75 edition, replacing the Heimann's listing.

Leonard Lee managed the restaurant throughout its entire run.

Here's a sampling of Lannie's ads through the years. It's interesting watching the graphics evolve and change with the times.

This 1984 ad (below) even had a Tiki mug promotion (I guess the Tiki craze hit Lorain County a quarter century later than the rest of the country). It's a fairly ubiquitous mug, easily found on Ebay.
Sadly, the last ad that ran in the Lorain phone book seemed to have lost its exotic feel.
Lannie's disappeared from the phone book in the early 1990s.
As most of you probably remember, many properties on the east side of Lorain near the river – both commercial and residential – were acquired for anticipated development associated with the Spitzer HarborWalk riverside housing project. However, the development never occurred, due to the economic downturn. Lannie's former property remains empty today, serving as a parking lot during RoverFest 2014.
****
You might remember that I featured a number of photos on the blog that were shot by a local gentleman who had the foresight to document much of Lorain during the mid-1980s, a time of tremendous change. One of these photos (below) – for sale on Ebay a few years ago – featured a small glimpse of the Lannie's sign. 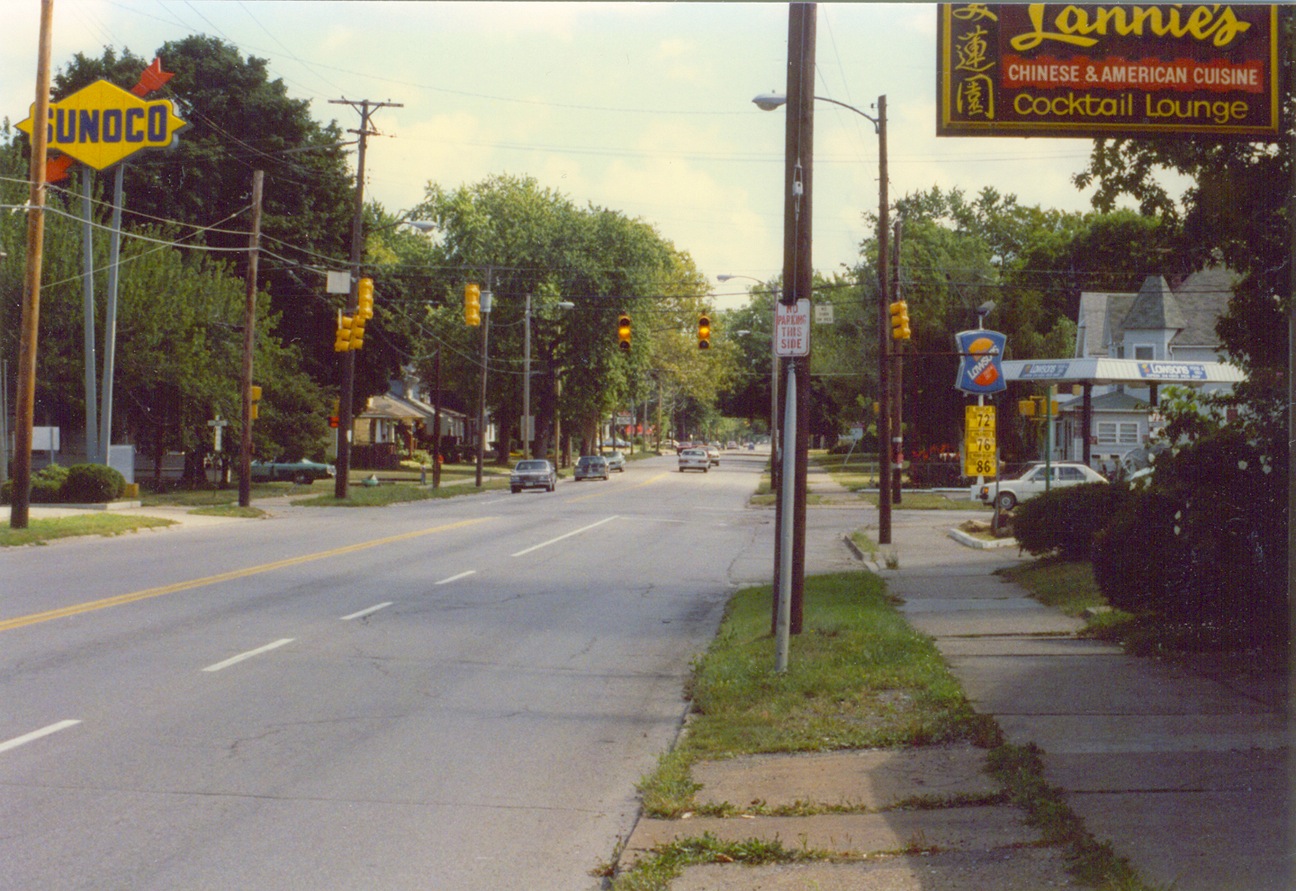 I don't know Chinese, but it sure appears that the Chinese characters on the restaurant sign match the ones in the early ads. I wonder what they mean? (I tried an online translation website but I couldn't generate similar characters.)

Tomorrow: Whatever happened to Lannie's statues?
Posted by Dan Brady at 6:33 AM

Hi! Where can I find these mid-80s pictures that you have referenced?

I seem to have posted most (or all) of them in July 2011 with a few in August and November. There were only about a half dozen of them that were on Ebay for a while.

Many people have written to me since those 2011 posts to find out if there were more photos out there somewhere; I've tried to put them in contact with the person who bought the collection from the photographer but don't know if it ever worked out.

...Wonderful food, and took my first date there for dinner. :D