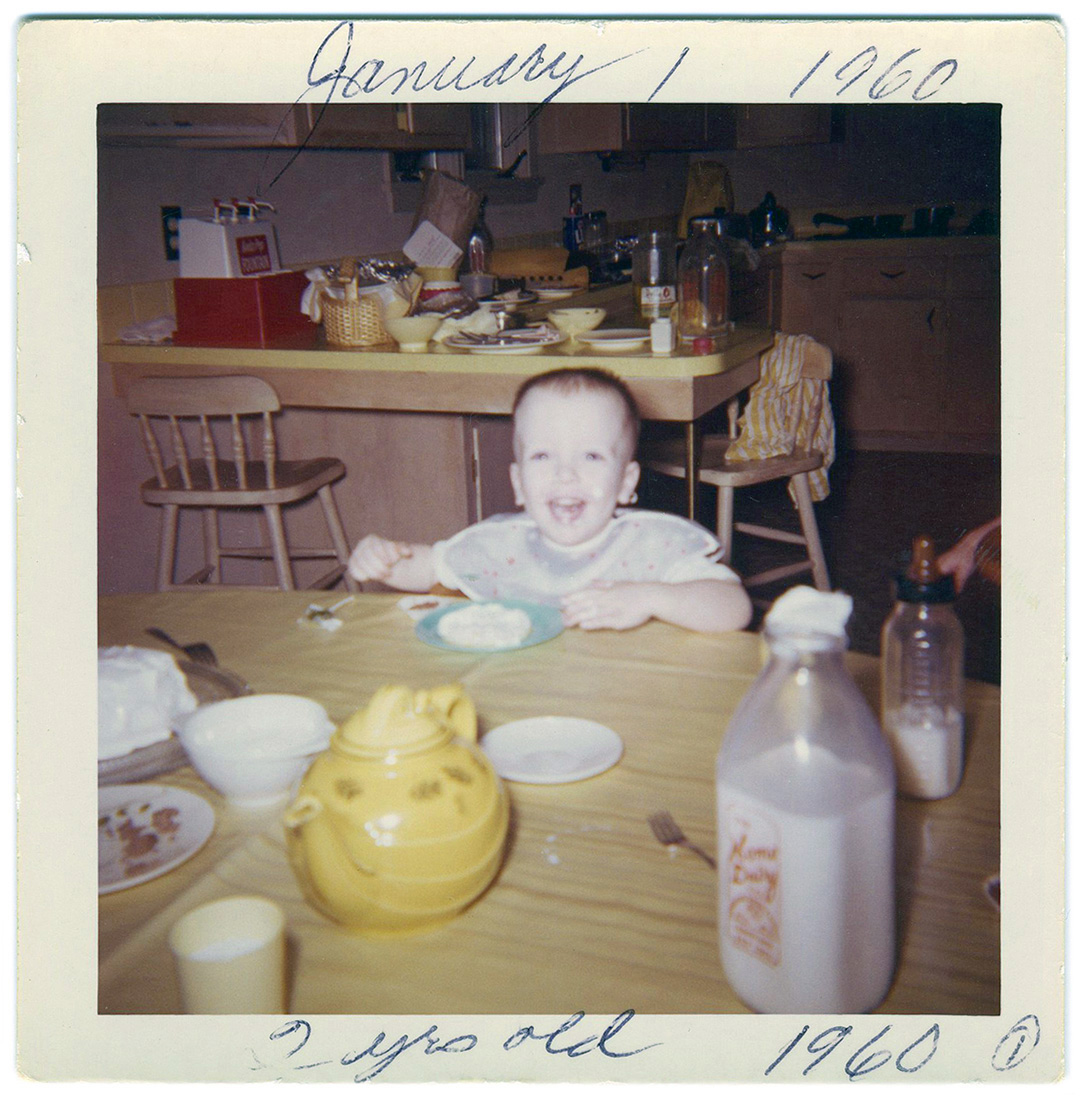 Well, it's January 1, 2015. Not only is it the first day of a brand new year, but it's also my older brother's birthday! Happy Birthday, Ken!

As I blogged about it back here, Ken was Lorain's first baby of 1958 (see article at left).

That's Ken in the photo above, messily celebrating his 2nd birthday on January 1, 1960. I was only a year old at that time, so that's probably my baby bottle on the table, next to the Home Dairy milk bottle!

Behind Ken is the kitchen of our house on W. 30th Street. (I wish I could remember what that big red thing dispensed through those three pumps.)

For many years starting in the early 1980s, I would drive by the house to see if it was for sale, hoping to go through it again during an open house.

I finally got my chance in 2006. When I saw the FOR SALE sign, I excitedly called up a realtor friend and arranged for my mother and me to see the house.

Amazingly, very little had been done to the house in the 41 years since my parents sold it. Everything – with the exception of the mural that was no longer on the living room wall – was exactly as I remembered it.

See for yourself – here's my shot of the kitchen (below). 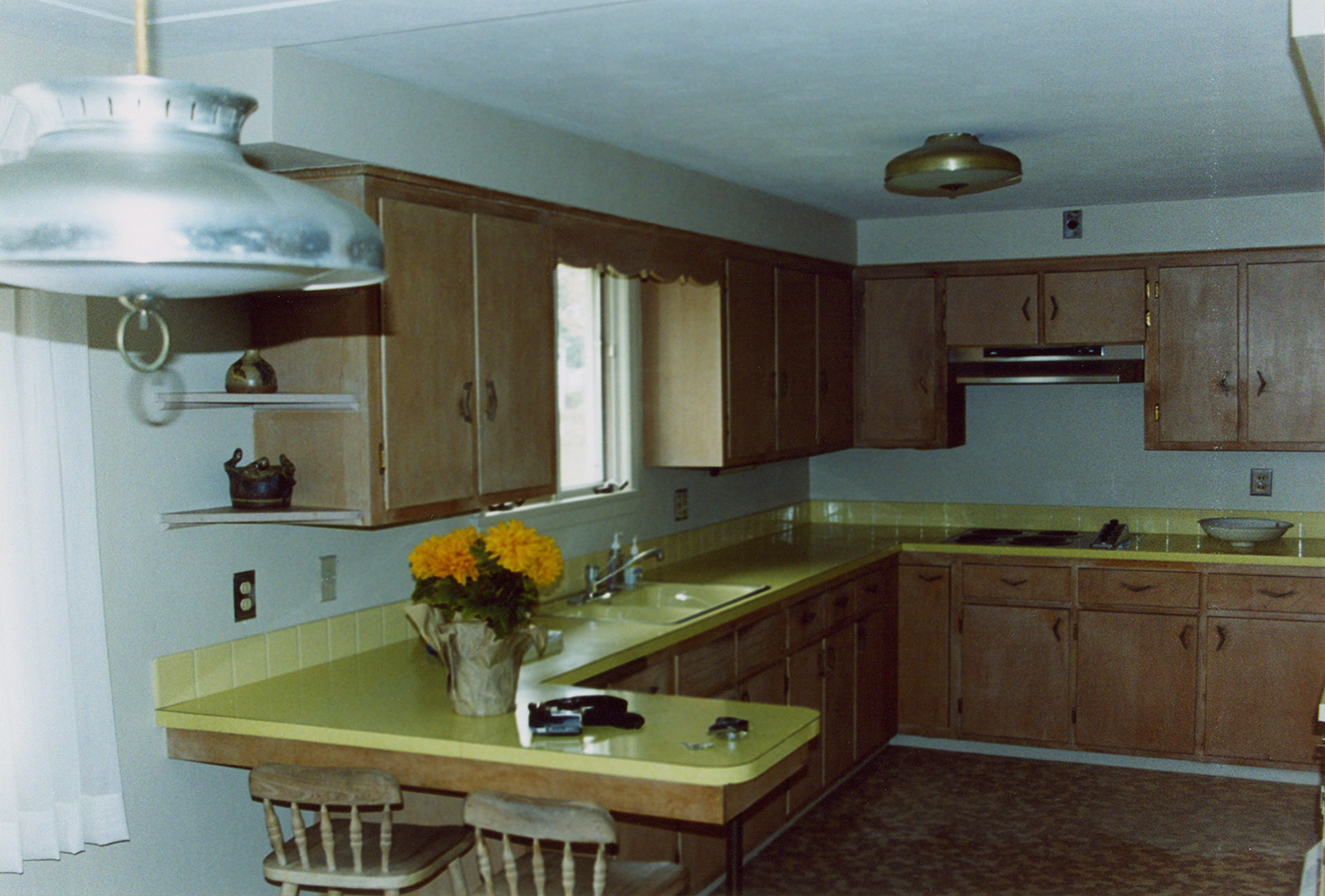 By George, that chair is still in the same spot – 41 years later! (I wonder why my parents didn't bring those chairs with us when we moved? There was one in the basement too on the day of our tour. I was tempted to swipe it!)
Anyway, it was a strange and wonderful experience to see the house where I spent my early years. It was the equivalent of traveling back in a time machine – except that instead of a DeLorean, I took the trip in my parents' 1958 Plymouth Savoy.


****
Update (January 5, 2015)
I really studied the photo to try and read the type on that big red dispenser and guessed that it said "Soda Pop Fountain." And that's what that thing was (see photo below)! 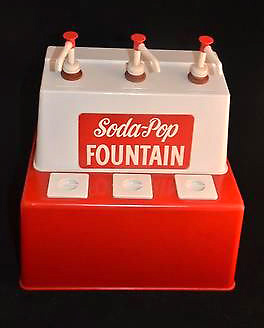 I don't know if it was just a toy or if it really worked. It was taking up valuable real estate on our kitchen counter, so I assume it must have worked!
Posted by Dan Brady at 7:01 AM

Happy New Year to you... I really enjoy reading your blog, I am one of those transplanted Lorainites. I remember every News Year's day waiting to hear who had the first baby of the new year, on the chance we might recognize the name. I was born in '59 so I missed your brother's announcement... lol...

Hi Jo! I'm glad you enjoy the blog--and I hope it keeps you in touch with your hometown! Happy New Year to you!

The picture leaves me pretty speechless. The good old days of empty-headed childhood. It still boggles my mind that the chair was sitting there four decades later! Thanks Dan.

What the heck was in that pump dispenser?

Hi Ken,
As you can see from my update, I figured it out!