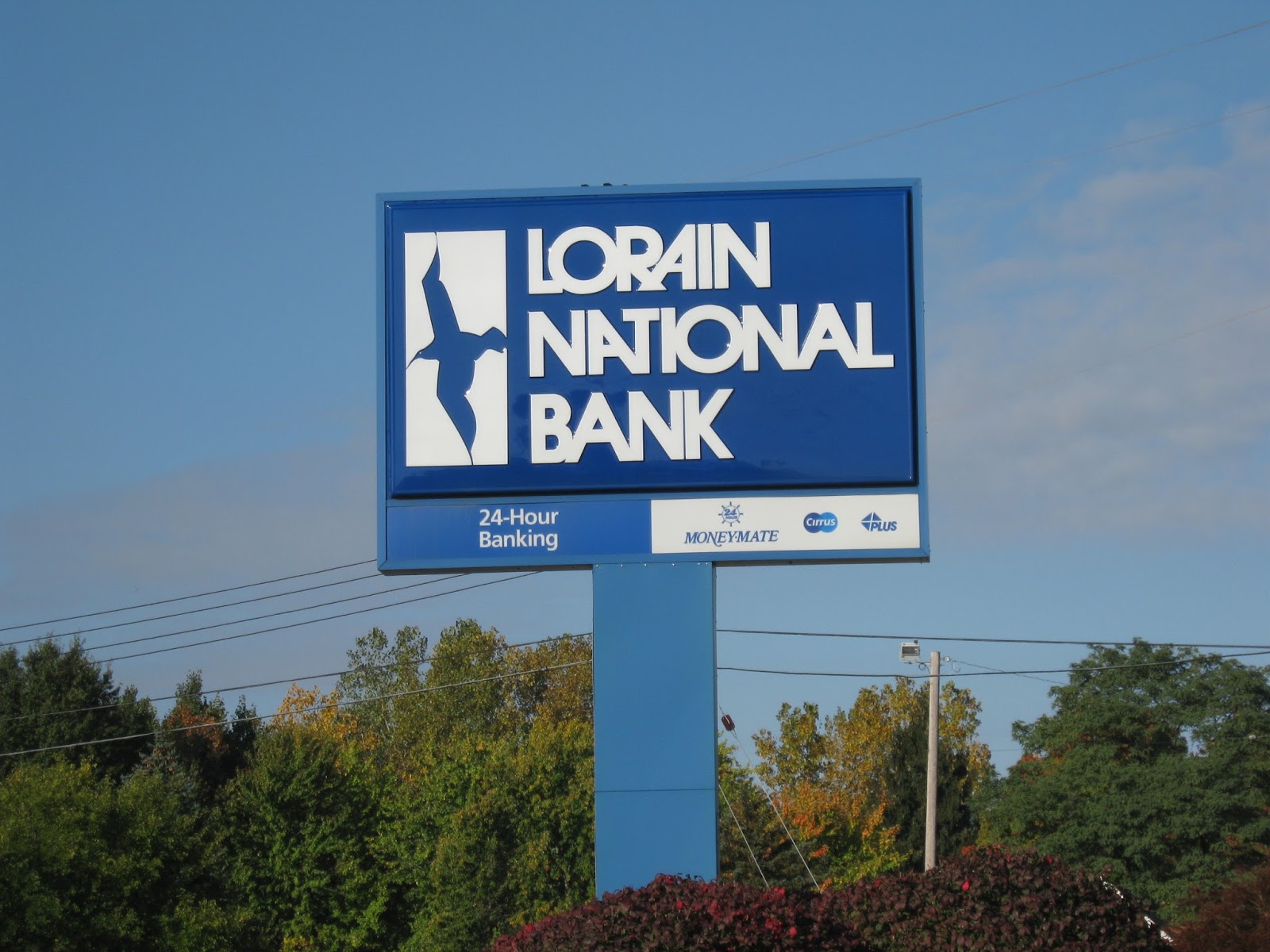 One of the news stories from 2014 that might have been missed by transplanted Lorainites in other states was the sale of Lorain National Bank to Northwest Bank in the middle of December. You can read about it here.

(I've mentioned Lorain National a few times on this blog, including this post about the opening of the Oberlin Avenue branch and this then-and-now feature.)

The loss of the "Lorain" name follows the trend of other local banks over the years. It has been many years since Lorain County Bank became PremierBank & Trust. PremierBank & Trust in turn was later acquired by FirstMerit Bank (which itself was the former Elyria Savings & Trust).

The various news stories about Lorain National's sale downplayed the name change, but I think it's a bigger deal than commonly accepted. The bank has been part of the business community in some form since 1905, and through the years became a symbol of local financial strength

While I'm happy that the local branches will remain open with no job losses, I'm disappointed that one of the few thriving enterprises with 'Lorain' in its name will soon lose that historic heritage.

UPDATE (August  30, 2015)
New signage for the changeover to Northwest Bank was installed a few weekends ago. The removal of the old Lorain National Banks signage revealed some of the bank’s history. 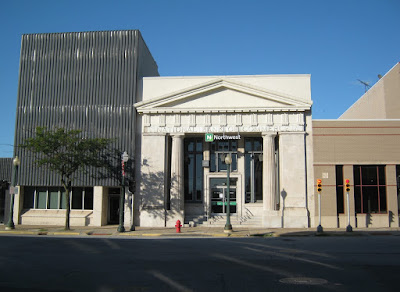 Comments on Facebook seem to agree that the new Northwest sign is a bit on the puny side.
Remember my remark above that "the local branches will remain open with no job losses?” Well, while that was technically true, as it turns out, 99 local jobs ended up being lost in the headquarters as well as the operations center (which the Morning Journal covered here).
Posted by Dan Brady at 6:54 AM