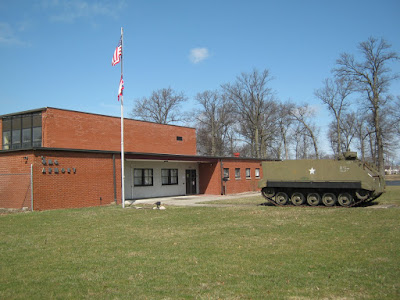 While out at Oakwood Park on Sunday, I was thinking about how interesting it was to me as a kid.

Since we lived on the West Side, we rarely got out to South Lorain. Thus, a trip to Hills Dept. Store meant we might go by Oakwood Park, which had all sorts of interesting things to watch for from the back seat of the family car.

Besides the Easter Basket that I mentioned yesterday, there was Nickel Plate Road steam locomotive No. 384 (in the news last month here). And there was the Ohio National Guard Armory at 3520 Grove, right at the southern edge of Oakwood Park by E. 36th Street.

According to the Ohio National Guard website, there are more than fifty facilities across the state. The Lorain armory and recruiting center on Grove was constructed in 1953 and first appeared in the city directory and phone book in 1954.

Someone at my place of employment recently asked me, “Hey, is that tank still out there in South Lorain in front of the Armory?”

Indeed it is. I believe it’s a personnel carrier tank. I wish I knew more about it and how it came to be there. 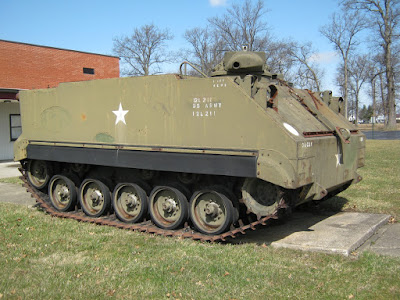 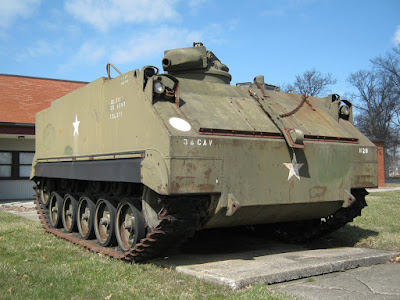 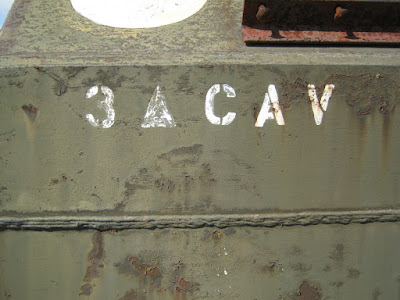 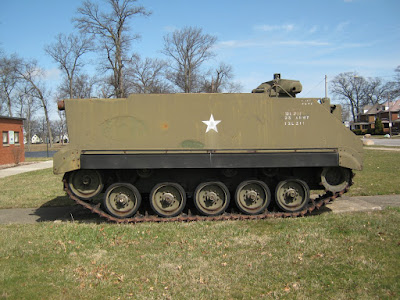 Hopefully, the tank is still a source of interest to another generation of kids. Perhaps one of them will consider a fine career in the military or service in the National Guard because of it.


***
By the way, here’s an illustration of a model for sale on Amazon that is somewhat similar to the tank in Oakwood Park. 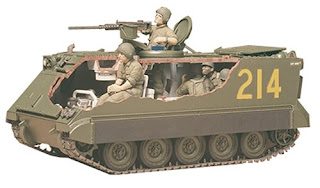 I think the beast on display at the armory is an M75 armored personnel carrier, dating back to the 1950s. It wasn't uncommon for retired military hardware like that to be 'de-mil'ed" (all military standard equipment removed, drivetrain and electronics taken out and recycled) then put on display at armories, parks, etc. Until fairly recently one could even find retired military aircraft, missiles and artillery in parks, in front of American Legion and VFW posts, and other places - pretty much for the asking. In fact, there was - as of 2015 - a WWI-era French '75' cannon in Lakeview Park, and several cities had retired US Air Force T-33 trainers as - essentially - playground equipment. After 9/11, however, the donations have pretty much stopped except to certified museums and collections.

Thanks for the information, Mike!

I seem to remember an actual "tank" before this one was there. I believe late 80s.Am I correct?