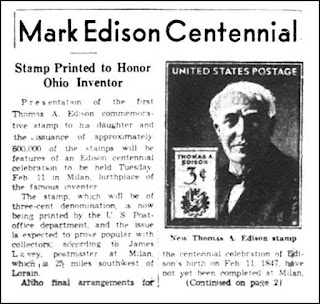 Back in February 1947 – 70 years ago this month – the country was celebrating the one hundredth anniversary of the birth of Thomas Edison, often described as America’s greatest inventor. He was born Feb. 11, 1847 in Milan, Ohio.

The small article on the front page of the January 16, 1947 Lorain Journal mentions that Edison was to be honored with a stamp. The celebration in Milan also included the opening to the public of the Edison Birthplace Museum.

Here are some vintage postcards of Edison's Birthplace. We went there at least once when we were kids, like all good Ohioans. 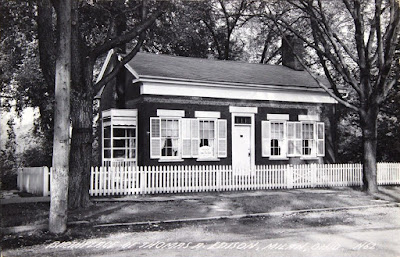 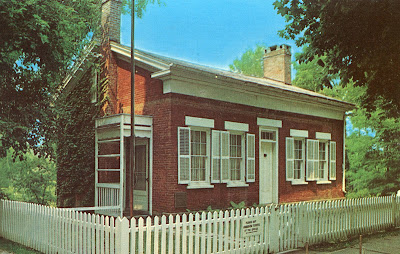 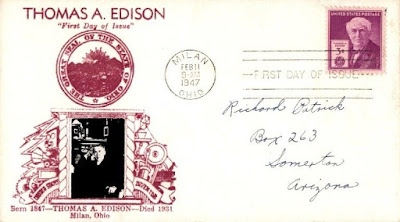 It’s interesting how formal and dignified stamps used to be back when they were engraved and not produced by lithography as they are now. It makes a big difference in how they look.
I wonder if stamp collecting is still a popular hobby?
Posted by Dan Brady at 5:35 AM

Thanks! Just fixed it!

I've been collecting stamps since I was about 12. My Journal paper route money went towards lots of stamps. Stamp collecting has changed quite a bit since I was a kid though. Participation in clubs has dwindled. While there are still a few clubs around, most collectors connect online. Likewise, just about every brick and mortar collector store has gone the way of the dinosaur. Ebay or dealer auctions is where most commerce is done.