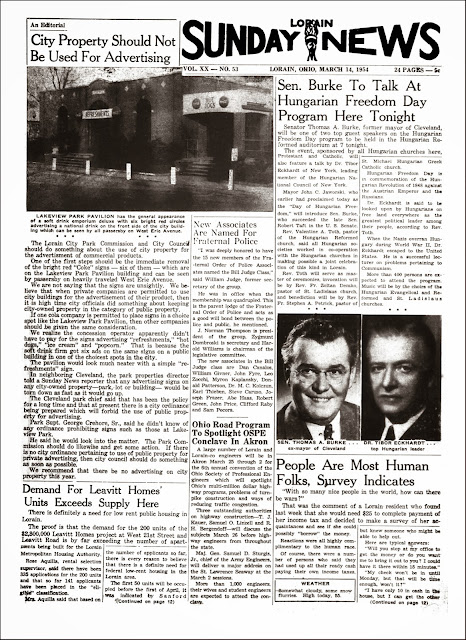 No, not that kind of coke. I'm talking Coca-Cola here – the Real Thing!

I guess Coke was pretty aggressive in its marketing. The company had similar signage placed on the Lorain Youth Center about the same time.
Posted by Dan Brady at 6:25 AM