Pictures at a Demolition: Wakefield Mansion

On Thursday, the long-awaited demolition of the old Wakefield Mansion and museum annex in Vermilion finally took place. The wake started early, with interested onlookers with cameras gathering just outside the fence surrounding the complex by mid-morning.

Despite the disappointment being expressed by some of the members of the crowd, it was almost a festive atmosphere, with some nearby residents setting up lawn chairs to watch the show. I couldn’t resist joking to one small group of gawkers lining the parking lot, “What, no food trucks?” We all agreed that hot coffee would have been a top seller.

Anyway, here’s a look back at the mansion and museum annex as it was in 2019. (I took a lot of pictures back then here.) 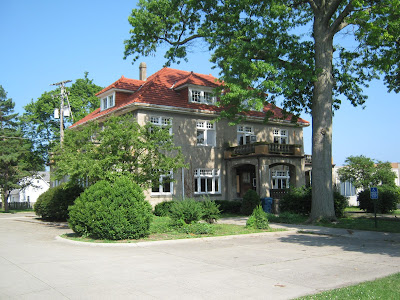 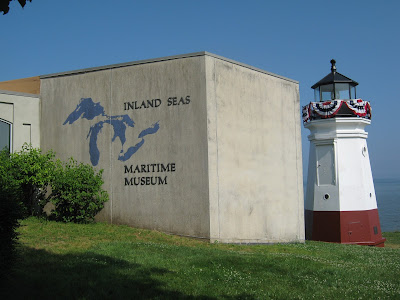 Then early this year. 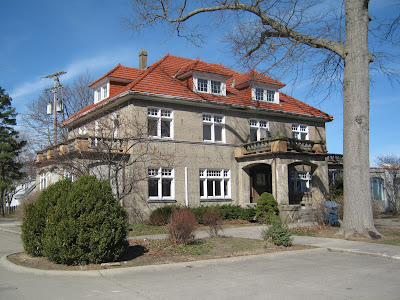 And finally, in recent weeks. 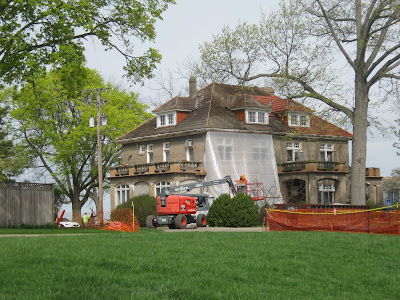 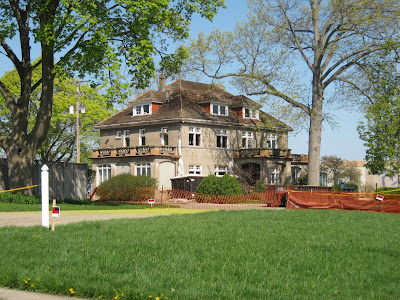 And then Thursday. Although I hung around as long as I could in the morning, the demo crew was doing some last minute salvaging above the entrance – disappointing many who just couldn’t wait around all day waiting for the modern Mike Mulligan and his Steam Shovel to do his thing. 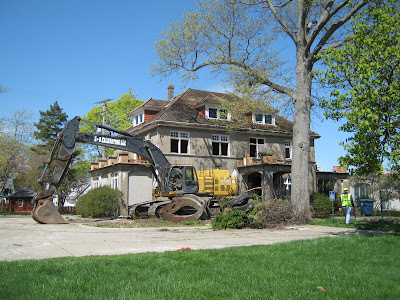 Of course, while I was away, it was finally... “Showtime!” When I returned in the afternoon, I ended up catching the tail end of the demolition of the mansion itself. (For a great photo and a nice write-up, here is the link to the Morning Journal’s article by Rick Payerchin, with whom I enjoyed a chat at the demo site. The rascal even mentioned me in the article as having ‘crossed the county line for a view.’ Hilarious!) 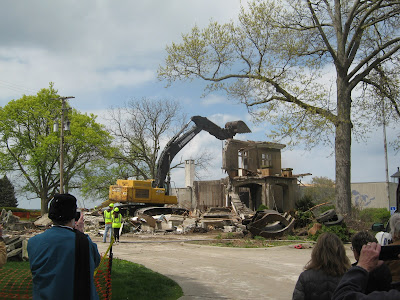 I ended up leaving again for a few hours and stopping back in late afternoon to see if the annex was down. Most of it was – but the pilot house still needs to be moved. 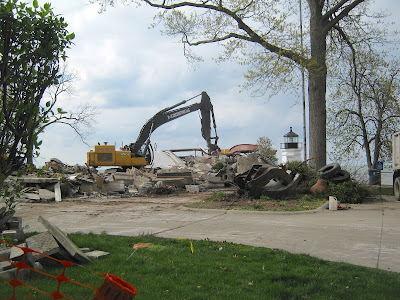 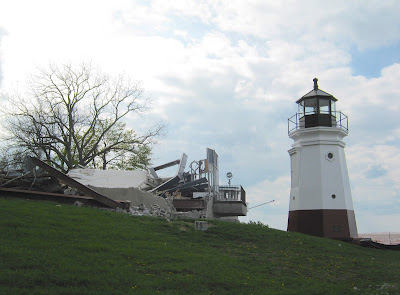 At least I didn’t have to worry about trying to get a souvenir for my Demo Artifact Collection®; a few weeks ago I was wandering around the site before the fence was up, and I found a nice chunk of the tile roof that had blown off in a winter storm.
****
UPDATE (Friday, April 23, 2021)
The cleanup and demolition operations continue. 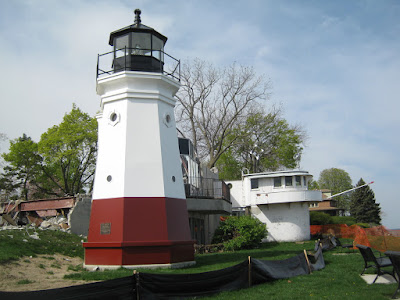 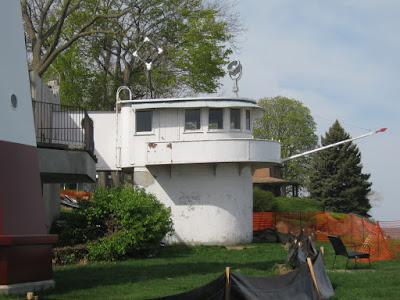 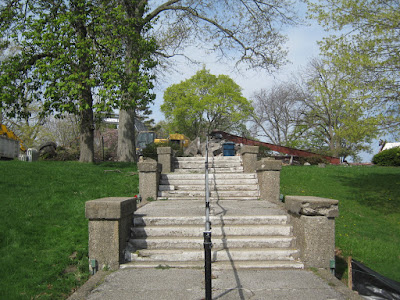 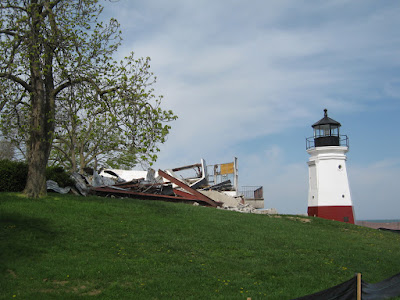 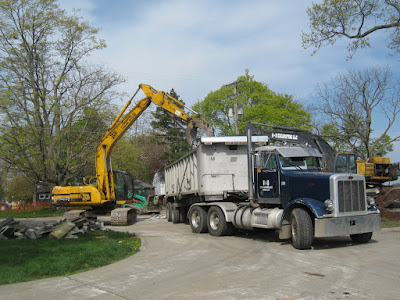 Silver Spring: Then and Again said...

The first museum my parents took me to. I’ll never visit Vermilion again.

They had their reasons.
Let's hope they were good enough.

A sad loss to local history and our unique area architecture for sure... Hey Dan, how did I miss you out there? I was there most of the time!

Hi Colonel! I kept a low profile. Plus I had on my Groucho glasses and fake mustache.