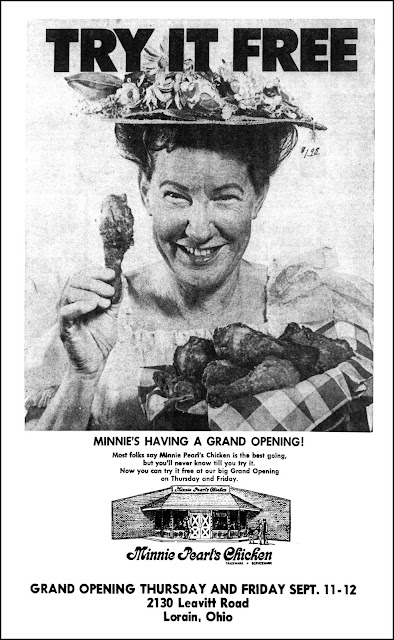 Strange as it may seen today, Colonel Sanders was not the one who first introduced fast-food chicken to Lorain.

It was Minnie Pearl.

And it was fifty years ago this month that Minnie Pearl’s Chicken held its Grand Opening at its location at 2130 Leavitt Road, near the intersection with W. 21st Street.

Above is the Grand Opening ad, which ran in the Journal on September 10, 1969.

Here are two more Journal ads from that time period.

It’s a strange tale. A group of Nashville businessmen and lawyers who saw how profitable Kentucky Fried Chicken was decided to go into the fried chicken business themselves. They hired Minnie Pearl (one of the stars of the Hee Haw television program at that time) to be the face of their fledging chicken business.

But unlike Colonel Sanders, who had developed his own popular fried chicken recipe slowly in his own restaurant before franchising his business, the Minnie Pearl gang more or less put the chicken cart before the horse. They developed their recipe almost as an afterthought to the business plan. 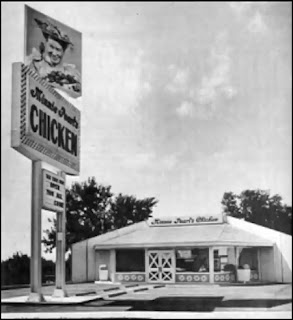 Not that it did much good. For a variety of reasons (which you can read about here), the Minnie Pearl’s restaurant chain failed very quickly. Then (as I pointed out here back in 2011) the shuttered restaurant on Leavitt became part of the Brady's Restaurant empire as Brady’s Chuckwagon Chicken House.

Today the location has been the longtime home of Marco's Pizza. 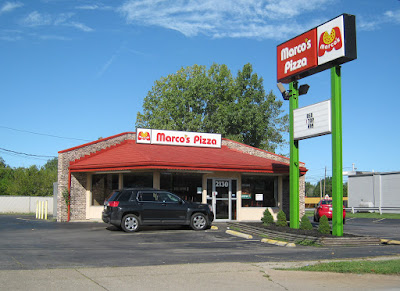 ****
While preparing this post, I stumbled up the great movie poster below for Second Fiddle to a Steel Guitar (1965). The cinematic country music jamboree featured a variety of stars, including Minnie Pearl, as well as two of my favorite comedians: Leo Gorcey and Huntz Hall, the stars of the Bowery Boys movies mentioned on this blog so many times in the last ten years. 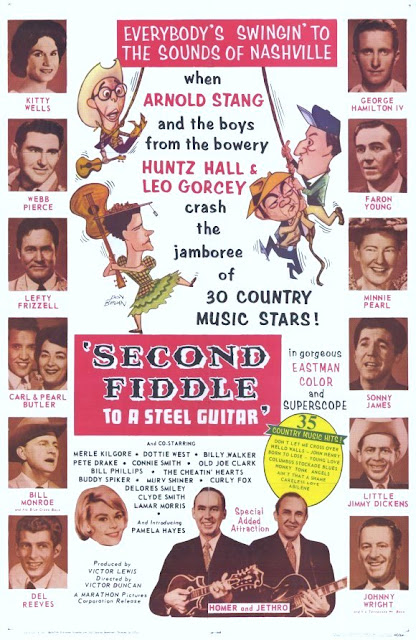 And here’s the trailer for the movie.
Posted by Dan Brady at 4:51 AM

Ironic that you would blog on this subject today. Just yesterday I was watching the Ken Burns series on Country Music on PBS and they had a feature on Minnie Pearl. Her real name was Sarah Orphella Cannon and she was quite the opposite of her public persona. She was born into a well to do family, graduated from a rather exclusive women's college in Nashville with a degree in theater, and lived on a large estate in Nashville next to the Governor's mansion. Quite the opposite of her portrayal of the Hillbilly from the town of .Grinders Switch.

Silver Spring: Then and Again said...

My North Hogan Circle neighbor Muriel Lyon took then 11-year-old me and a bunch of neighborhood kids there for the free chicken, which were legs as I recall. How can that be half a century ago?!