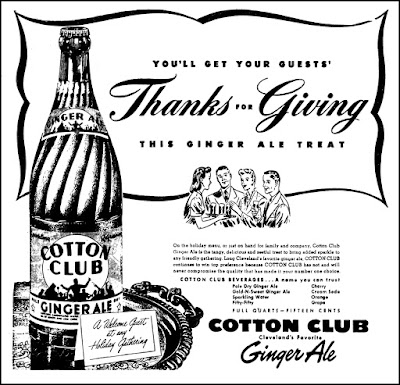 Thanksgiving is tomorrow, so it’s not too late for this holiday ad promoting Cotton Club Ginger Ale.

Sorry, guys, this ad doesn’t feature Big Ginger. After all, it ran in the Lorain Journal on November 25, 1947 – decades before she was even conceived by an ad-man.

But what the ad does feature is some ponderous advertising copy that lamely connects Thanksgiving to drinking Cotton Club Ginger Ale. Nevertheless it’s an attractive ad with nice typography.

However, seeing the bottle’s label – with the Cotton Club orchestra in silhouette – brought back a funny memory to me.

You see, that orchestra illustration was still on the label in the 1960s. And I remember that as a kid during that time, I used to think of The Mighty Hercules TV cartoons whenever I saw the Cotton Club label. 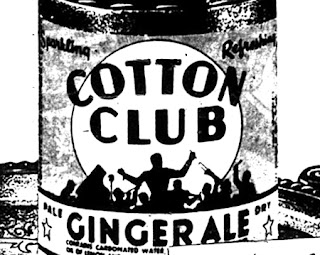 Why, you might ask? I asked myself the same question.

Fortunately YouTube had the answer. The super hero god appears in silhouette several times in the opening credits of the cartoon! 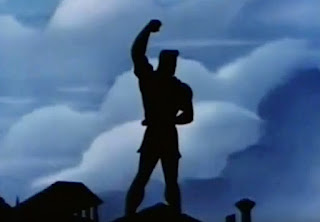 Say – if you’re a Baby Boomer, you might enjoy seeing the The Mighty Hercules animated opening sequence, as well as a full episode (which follows shortly after the opening). So get yourself a bubbling glass of ginger ale, settle back and enjoy! (It's actually not a bad cartoon.)

But there WAS that annoying Newton....

And Happy Thanksgiving to you, Alan - and all the Lorain expatriates living in Texas!