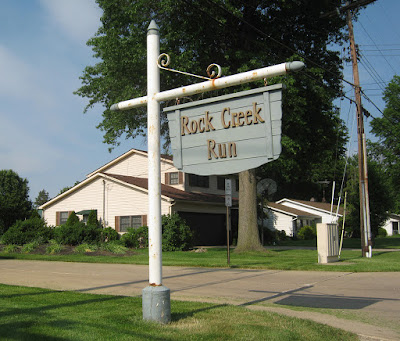 I've driven by the entrance on Leavitt Road to the Rock Creek Run housing subdivision in Amherst for years, wondering what it was like back in there. It wasn't until last year, when a friend of mine moved there, that I've had a chance to drive around it and check it out. I found it to be just as charming an area that I thought it would be, with its gently winding shaded lanes and well-manicured lawns: a perfectly preserved 1960s neighborhood.

That's why this ad (below) caught my attention. It ran in the Lorain Journal on June 11, 1960 – 56 years ago tomorrow – and shows Rock Creek Run in its early stages of development.

I think it's interesting seeing what amenities were popular in 1960 houses: separate dining rooms, family rooms, ceramic tile baths, etc. Quite a contrast compared to today's homeowners' desires for open floor plan homes.
It's nice that the distinctive wooden sign design shown in the ad is still in use today at the entrance and throughout the neighborhood. 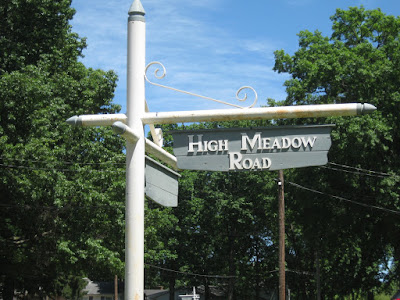 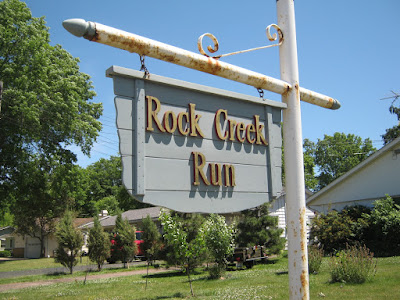 UPDATE (June 27, 2017)
A handsome new color scheme for the signage is being introduced. 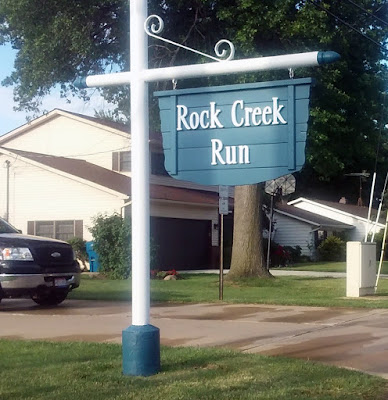 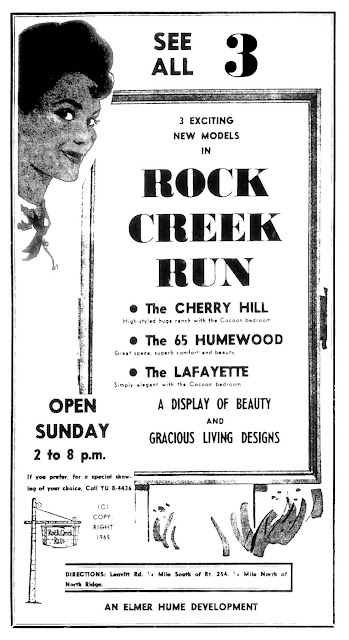 Ive lived in allotment since 1967, back then it was really lovely. Elmer hume was the developer and many of the carpenters that worked for him had houses there and many of area doctors and area business men had homes in the allotment. It was upscale in its early days. Lots of good memories. Nice to see my neighborhood featured thanks.

Good eye, Bill! I missed that and I proofread for a living at work!!