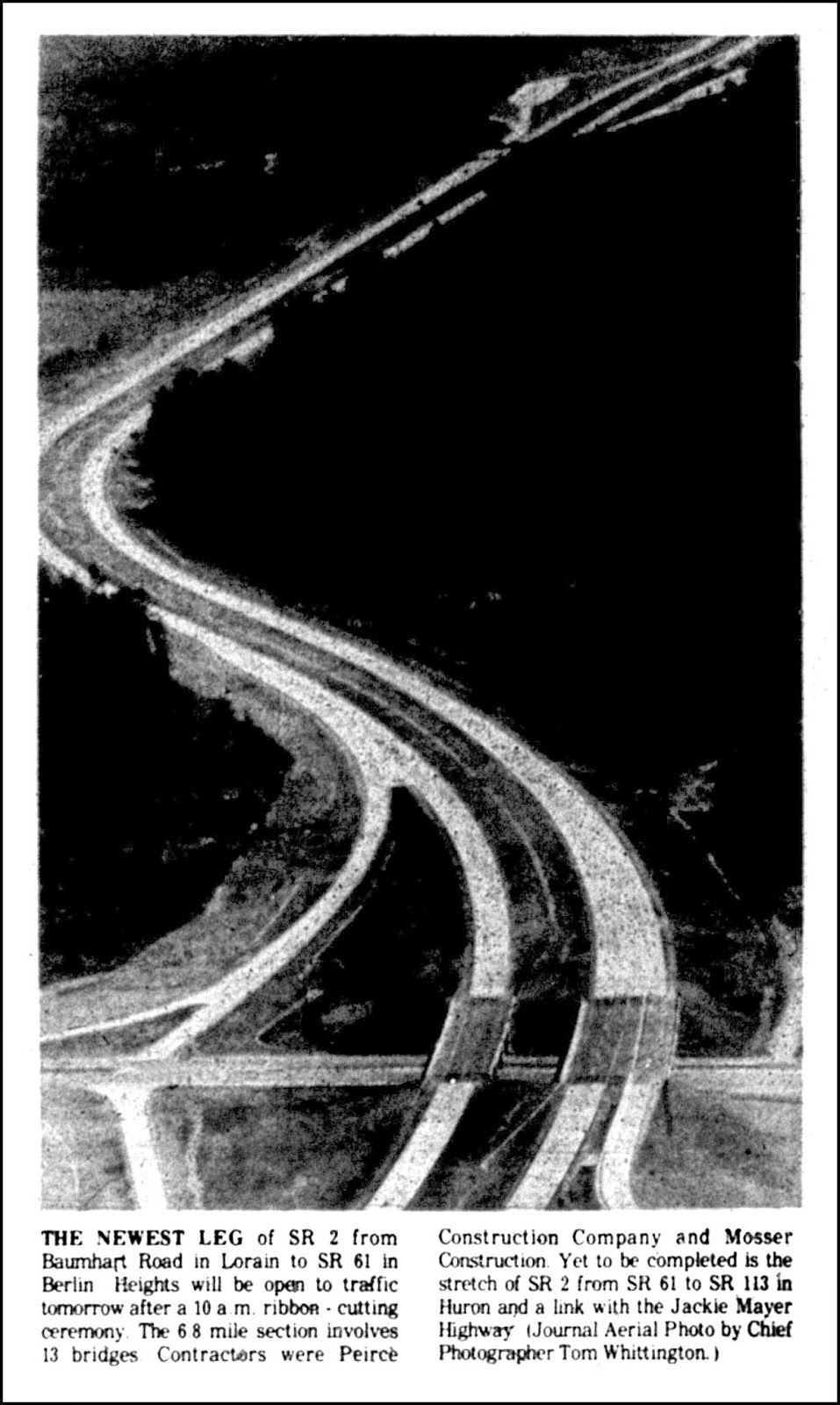 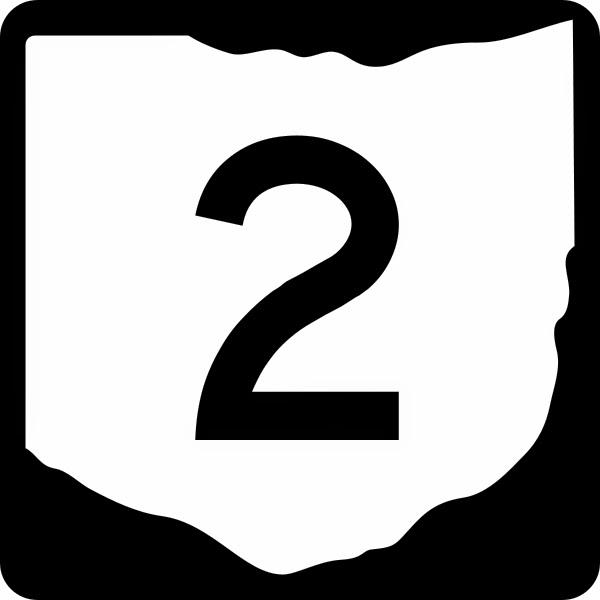 Although it might seem strange to someone too young to remember, there was a time when State Route 2 west of Lorain (the freeway, that is) was completed in various chunks over many years.

I can still remember when Route 2 ended at Baumhart and you had to get off.

But that era eventually ended. The photo and caption above – which appeared on the front page of the Journal of August 24, 1975 – announces the opening of the section from Baumhart Road in Lorain to State Route 61 (Ceylon Road) in Berlin Heights on August 25, 1975 – 39 years ago today.

As the caption notes, the section of Route 2 from State Route 61 to State Route 13 in Huron was not built yet. I can't remember what the delay was all about; I thought it had something to do with environmental issues or acquiring land or something. Does anybody remember?

According to this Wiki history of Route 2, the section from Huron to Ceylon was upgraded to freeway in August 1990. No wonder it still seems new to me.

That Zig-Zag off RT 2 thru Huron to get to Cedar Point, UGH!! Drive 1 MPH over the speed limit & you're getting a ticket! As I recall, some 'endangered' snail habitat held up completion of that Huron bypass for YEARS!!

Hey Dan, It's been awhile but if I remember correctly the delay was due to an endangered frog or something on that order. "Rumors" were also flying around that the city of Huron was pushing for it because of the revenue they might loose since the new highway traffic would bypass them.

Just wondering, how many people remember when Oak Point Rd was a cross-road on Rt 2. Wasn't it called "killer crossing"?

I can almost remember the name of the endangered species, like it was a snail darter or something like that.

And I do remember when Oak Point just crossed Route 2 at the same grade. It was kinda treacherous trying to get across Route 2 on our bikes there. Today the same interchange is unrecognizable!