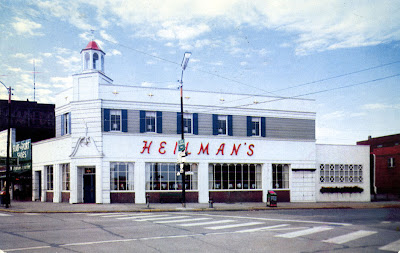 Just to follow up on my blog of a few days ago regarding Heilman's Ranch House, here are a few postcards of the original Heilman's restaurant, which was located at the corner of West Erie Avenue and Broadway.

According to the article by Jack LaVriha that I posted here, the Heilman family got their start in the restaurant business in 1920 when Ross Heilman and Alton, his brother, opened Heilman's Grill in a small building on Broadway near West Erie. The place had formerly been a popular lunchroom known as the Metropole.

Next, Ross Heilman decided to lease the building shown in the postcard above. He opened Heilman's Marine Dining Room on Memorial Day, 1936. Here are two postcard views. 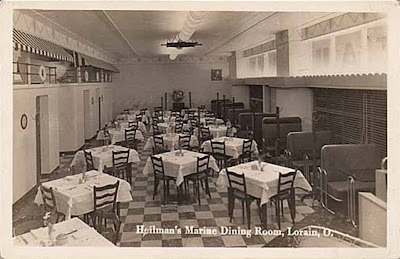 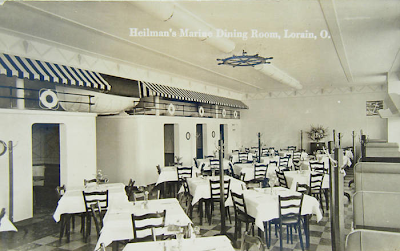 Below is a 1959 Lorain City Directory ad for all three Heilman's restaurants. 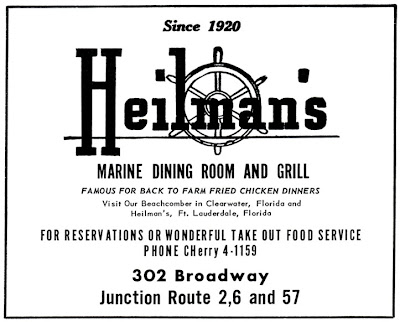 Heilman's Ranch House opened in 1961, eventually outlasting the original Heilman's, which closed in 1968. Then the Ranch House fell victim to urban renewal and closed in 1974.

Nevertheless, decades later the mention of both Heilman's restaurants still brings a smile to the face of nostalgic Lorainites, hungry for Lorain's glory days as well as a good meal from one of the Heilman's kitchens. 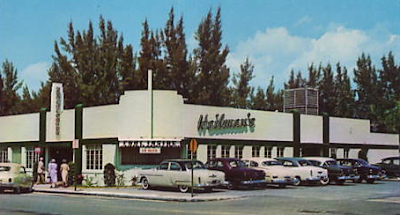