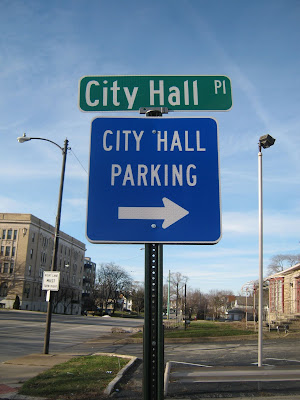 Last week’s post about buildings being demolished to make room for the new Lorain City Hall prompted longtime contributor Todd to wonder whether Lorain Hobby Center had survived the clearing of the land.

It was a good question, and to give Todd a definitive answer, I reviewed old city directories at the Lorain Public Library. In the process, I learned about City Hall Place, a very old Lorain street that today is pretty much a shadow of its former self. 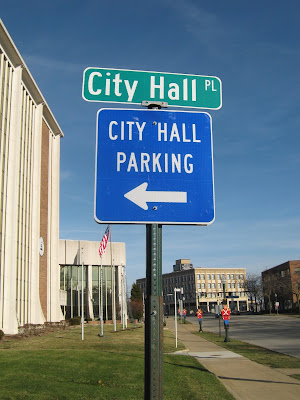 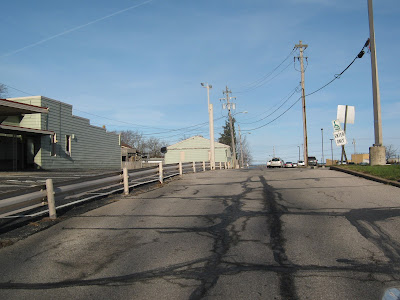 Although it now serves only as an entrance to the City Hall parking lot, at one time it was a street like any other in Lorain, with houses on both sides of it.

Of course, for City Hall Place to get its name, Lorain City Hall had to be located nearby. That didn’t happen until the city purchased the old mansion built by William Jones in 1870 (and later purchased and lived in by shipbuilder John Stang until his death) for use as City Hall in 1903.

But the name ‘City Hall Place’ didn’t show up in the 1905 city directory.

Perhaps the name had to wait until Lorain's 1908 street renaming plan. It noted that, “Short and blind streets running north and south” were to be named ‘Places.' So it’s possible that City Hall Place didn’t get its name until the new system was in, er, place.

At any rate, by the time of the 1912 directory, the name was in use, with both even and odd numbered addresses. Most of these would remain in the listings right up until the old City Hall was demolished in 1974, since they were located on the portion of the street behind the old Central police station. 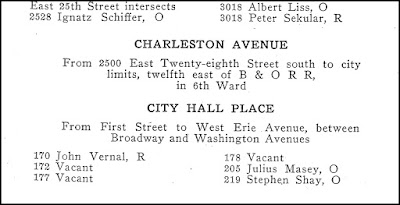 The 1919 listings include several of the same resident names, but with comically different spellings. 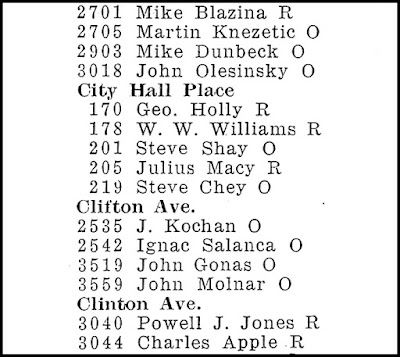 And by the time of the 1929 edition, there was even a commercial business listed: Lorain Dry Cleaning. 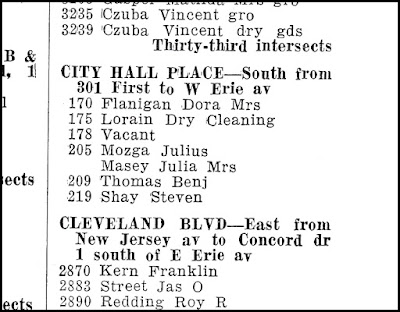 By the 1945 edition, Alf Nickley and his wife Esther were living at 219 City Hall Place (the future address of Lorain Hobby Center). Mr. Nickley was a Lorain city fireman at that point. 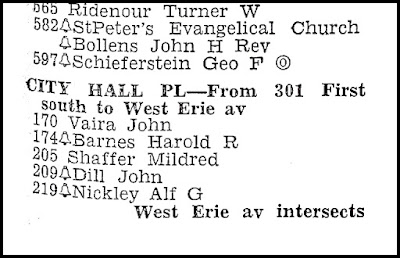 The 1960 directory included the first appearance of Lorain Model Center. The listings by name in another section of the directory indicated that it was run by Esther Nickley. Alf Nickely was listed as Chief City Fire Department. Note that at the north end of City Hall Place, an auto parts store was located at 144. 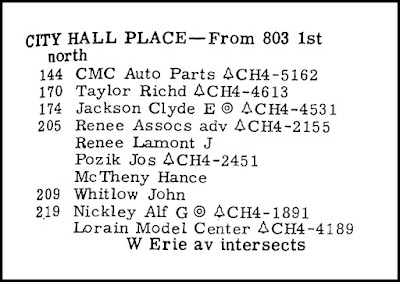 By the time of the 1968 directory, the 144 address was now the home of Duke’s Auto Body Shop, operated by Kenneth R. Futrall. 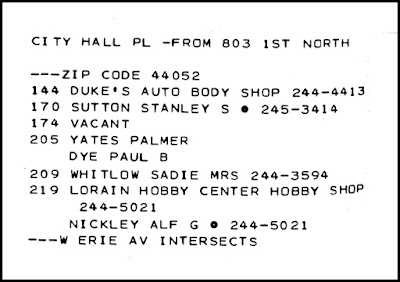 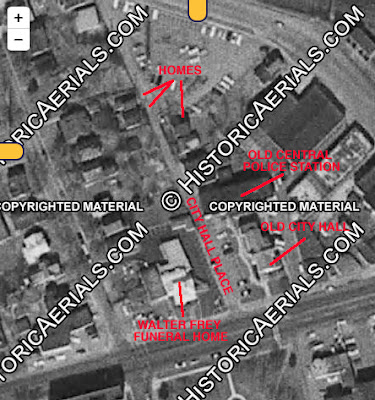 But as noted before, the old Lorain City Hall and Central Police Station were demolished beginning in late March 1974. At the time that the information for the 1975 city directory was assembled, only Duke’s Auto Body at the north end of the street, and Lorain Hobby Center at the south end, were still active listings. 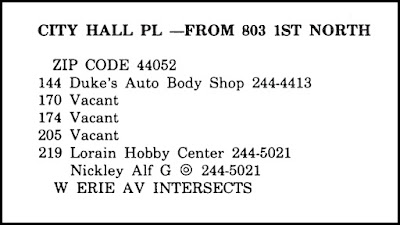 By the time of the 1978 directory, only Duke’s Auto Body at 144 City Hall Place remained in the listings. And by the 1980 directory, Genie Sales made its appearance at that address.

Genie Sales would eventually become Nolan Garage Doors by the time of the 2000 directory. The lonely little building at the north end of City Hall Place was familiar to anyone who needed their garage door repaired. 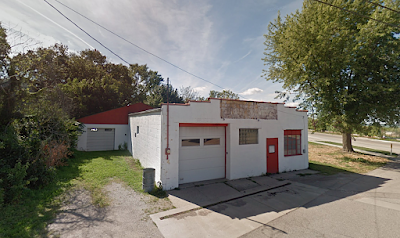 But today, the building is gone, and with it, the final semblance of a city street with buildings and residents. 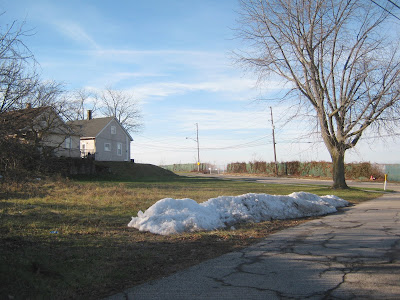 Thus City Hall Place is now just a memory, a road to nowhere. 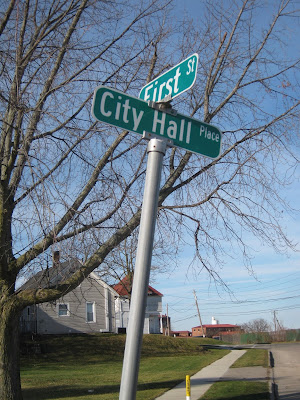 Hey Dan - thanks for your great detective work on City Hall Place (Columbo would be proud). I bought many a model kit and rubber band balsa wood airplanes from Lorain Hobby Shop. My Uncle who worked at the nearby docks lived across the bridge on Colorado Ave. north of E Erie Ave. on snowy winter days he'd take me there to pick out a model to give me something to do while I visited. As always I appreciate your hard work and look forward to reading everyday! Todd

Thanks, Todd! I am hoping my old Masson School chum Mike K. leaves a comment on this, from past comments I know he is very knowledgeable about the Lorain Hobby Shop and an eminent domain battle that took place.

As I remember it, there were actually two legal fights - first, Mr Nickley and his wife versus the City of Lorain, and Mr Nickley's son versus his dad. Mr Nickley felt, with some justification, that the city was shortchanging him on the value of his property and his son felt that he deserved a chunk of whatever the city finally came up with. The city wasn't going to give in, and they had the money to pay the lawyers. In the end, he got very, very little and still ended up in court with his son, though I don't remember how that turned out. My dad and I helped them load up the truck with all their inventory and took it to a pair of trailers they'd bought in Wellington, where Dad said it sat until Mr Nickley passed some years later.

The Nickleys were wonderful, wonderful folks who treated us like family, and they deserved a lot better than they got from the city that Mr. Nickley served for so long.

Thanks, Mike – I appreciate it! It’s so sad that after his long service in the fire department (decades) that the city couldn’t have scrounged up enough money to treat Nickley and his family right. Sooner or later I’ll probably come upon some articles about it and I’l post them here.