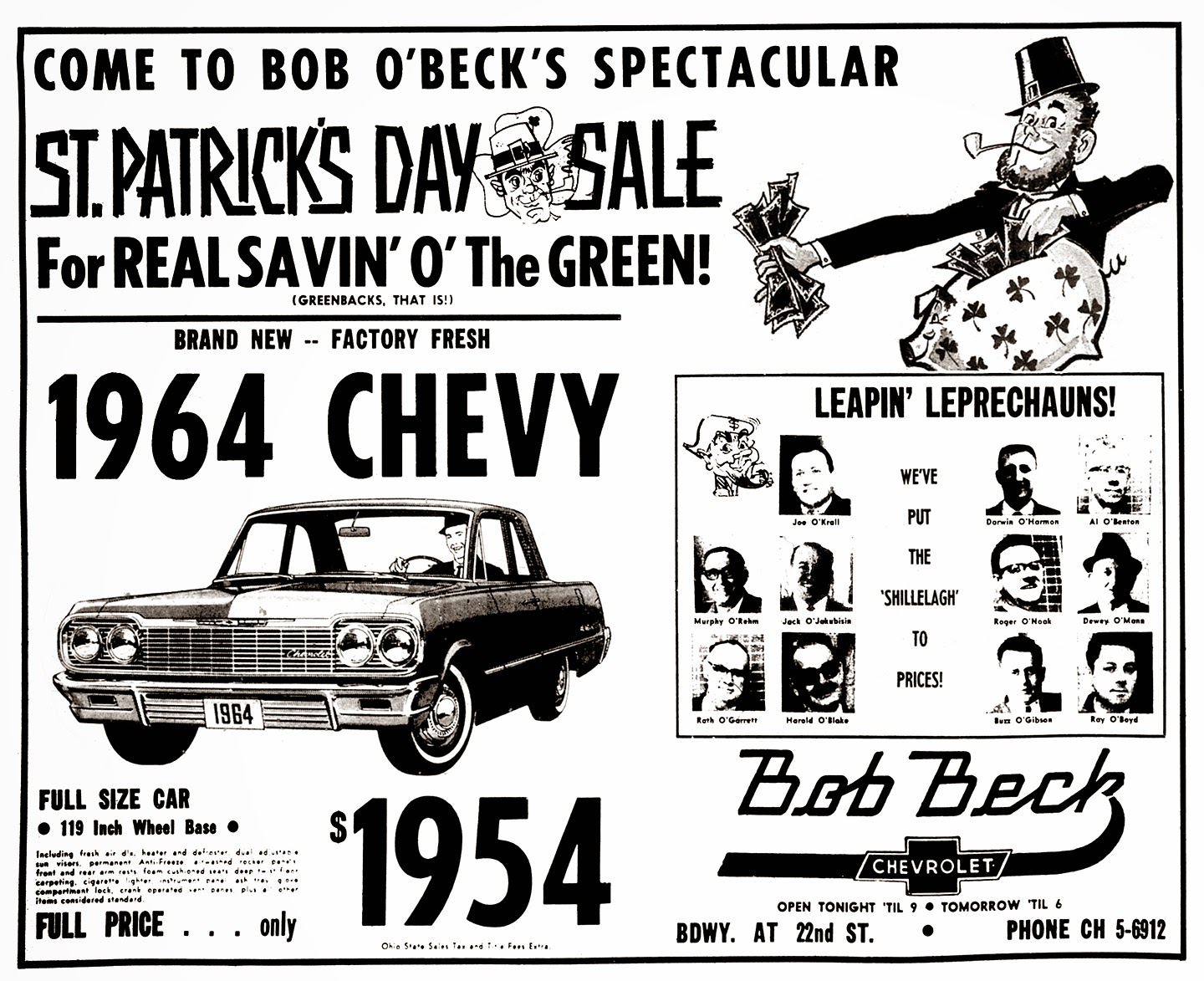 It's St. Patrick's Day, so along with my bowl of Lucky Charms for breakfast, corned beef for dinner, and annual viewing of The Quiet Man, I thought I'd post a few vintage ads to celebrate the holiday.

First up is a Bob Beck Chevrolet newspaper ad that ran in The Journal on March 16, 1964 (above). Rather than feature the traditional cartoon of Bob Beck (like last Friday's blog post), the ad includes clip art of what I assume are two traditional leprechauns, as well as another one wearing a strange hat with a dollar sign on it.

The ad is interesting to me because the largest leprechaun is a visual leftover of the era in which the Irish in America were depicted as monkeys in editorial cartoons. (Think I'm making this up? Click here to visit a scholarly website with lots of examples!) But that's okay – we Irish have a sense of humor about it.

My other St. Paddy ad (below) – for the Hollywood Lounge – also has the usual Irish icons. 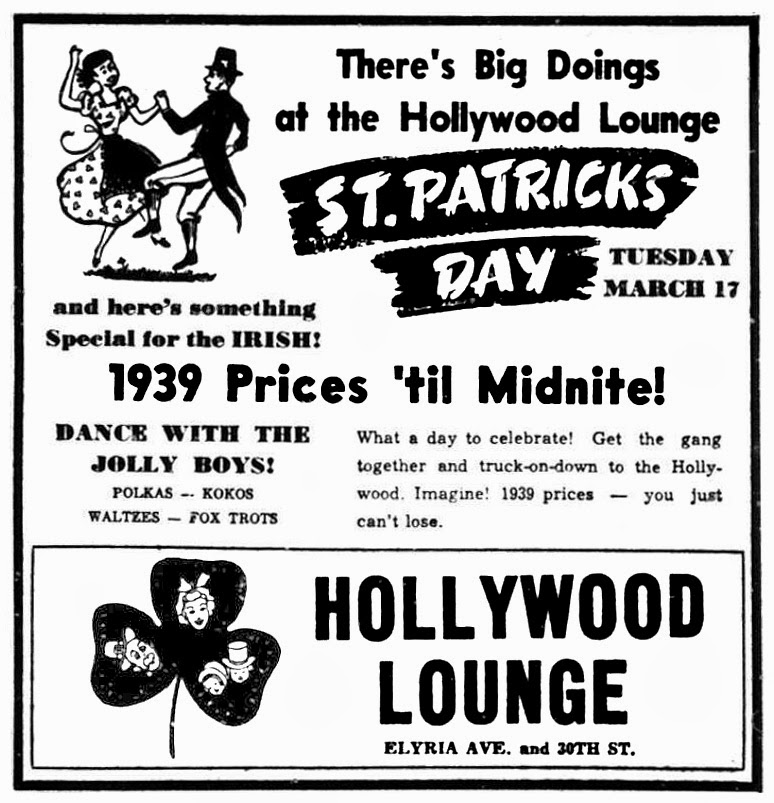 This ad ran on March 16, 1953 in The Lorain Journal and announced the appearance of The Jolly Boys. You might remember I've mentioned that particular group here on the blog before, such as here when they appeared on the bill at the 1956 Mary Lee Tucker benefit show.
I don't know all the members of The Jolly Boys over the years, but they included Edward Carl Domazet on accordion and George Higgins on drums.
Posted by Dan Brady at 6:34 AM