The Flintstones, America’s favorite Stone Age family (and a favorite topic on this blog), have been in the news a lot lately for a cartoon show that ended its prime-time run back in 1966.

First, it was announced in January 2019 (here) that Bedrock City in Arizona, the last remaining Flintstones theme park, was finally sold and that the property was going to be converted into an attraction called Raptor Ranch.

That’s one item on my bucket list (a cross-country Flintstone pilgrimage) that, alas, will remain unfulfilled.

And most recently (as regular reader Phil noted in a recent comment left on my blog), the “Flintstone House” in California has been in the news (here). Its neighbors don’t mind the fact that the house looks like something right out of Bedrock; they just don’t like the 15-ft tall dinosaur statues and large “Yabba Dabba Do” sign out front.

Anyway, this all reminded me that when my family made its second trip to South Dakota back in 1970, we missed the opportunity to see the first Bedrock City. It was located in Custer, South Dakota and was so successful that the owners opened the second one in Arizona.

Our copy of “This Week in South Dakota’s Black Hills and Badlands” guide for the week of July 5, 1970 even included an ad for the Bedrock City in Custer. (The Flintstone and Rubble likenesses looks a little crude, almost as if they were chiseled by the little bird inside Fred’s Polarock camera.) 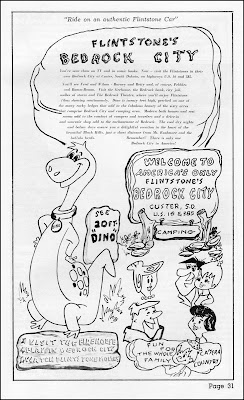 A gift bag and decal included artwork similarly rendered in a rocky style. Looks like Betty just washed her hair (probably in the woolly mammoth shower) and couldn’t yabba-dabba-do a thing with it. 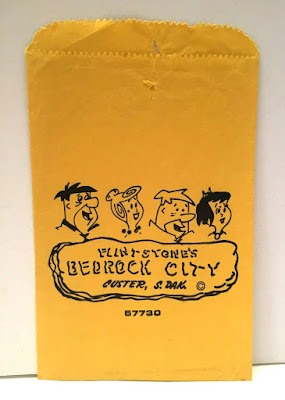 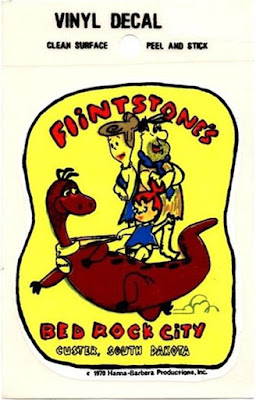 An early brochure for the park included much better artwork. (I do remember writing to the park as a kid and getting this brochure in the mail. After close examination of it, I wondered why Barney’s trademark Hanna-Barbera five o’clock shadow line didn’t extend to his nose.) 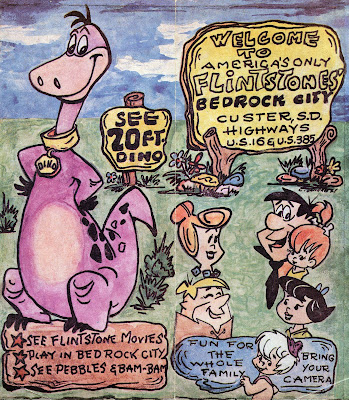 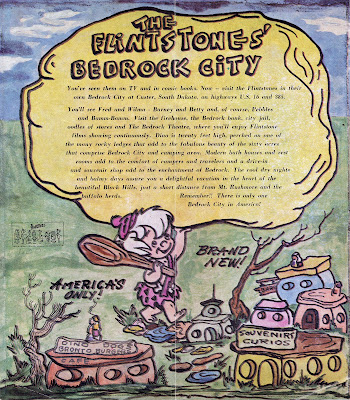 Anyway, the Custer location promoted the park through a variety of postcards. Although the characters looks a little off-model, it looks like the park was a lot of fun! 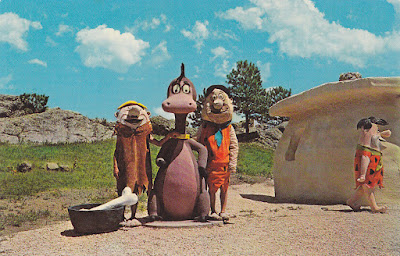 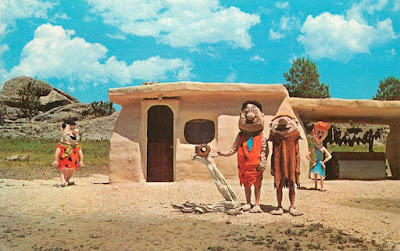 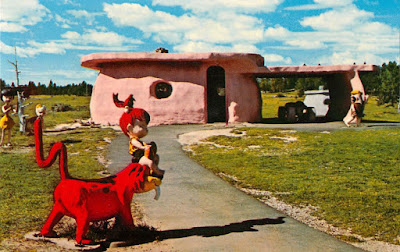 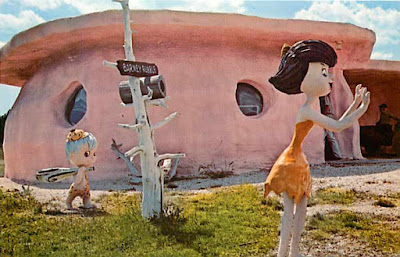 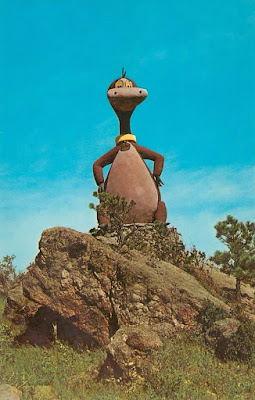 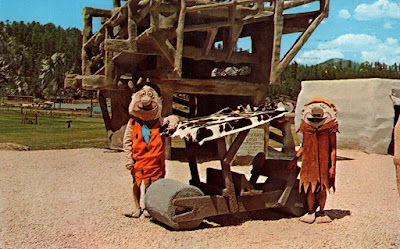 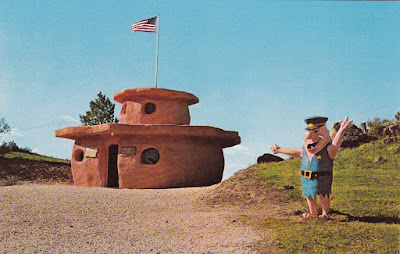 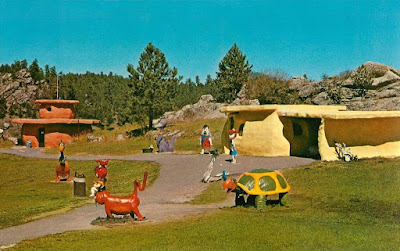 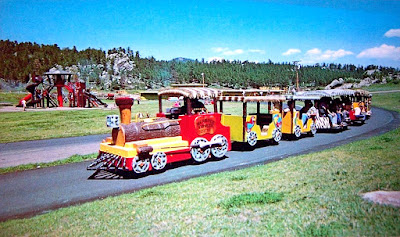 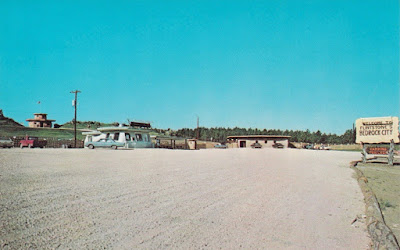 Bedrock City in Custer finally became extinct in 2015. You can read more about it here on its Wiki page.
Like so many draft dodgers in the 60s and 70s, the Flintstones and Rubbles fled to Canada for a while. The land of Mounties and Maple Leafs boasted several Bedrock City attractions. Unfortunately, only a few prehistoric relics survive today to tell the tale of the cartoon cave clan’s presence in the Great White North. 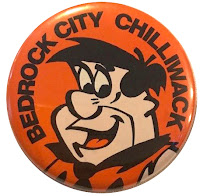 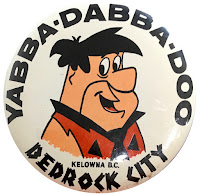 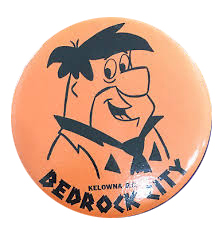 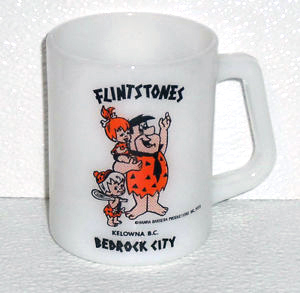 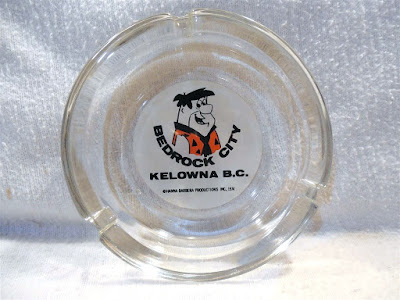 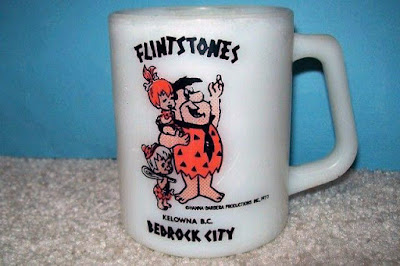 I suppose the closing of the various Bedrock City attractions was inevitable in this day and age, where kids are used to more high-tech, exciting entertainment. But it's nice to think back to a more innocent time when families could use their imagination and spend a few hours with the Flintstones, taking pictures and simply having a "gay old time" like they sing about in the closing credits of the TV show.


****
To see my 2017 post in which I gave Yogi Bear’s Jellystone Park Camp - Resort a similar vintage postcard treatment, click here.
Posted by Dan Brady at 5:00 AM

Then, there's the way that last line in the song would go over today.

I guess I was just asking for it with a line like that!