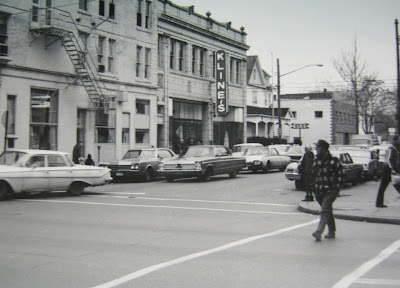 To finally close out my series on Kline's, here's a nifty photo (above) from December 1969 showing Kline's Sixth Street entrance. It sure is unique how the Gould Block wraps around the other building.

And here's the corresponding view from today (below). 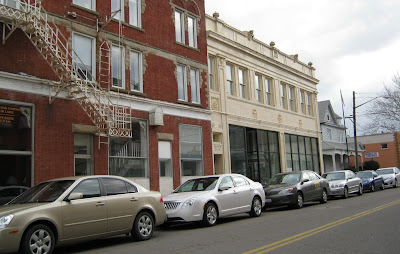 It's no wonder so much of Downtown Lorain looks so strange to me these days. With the passing of so many decades since its heyday, and the many aesthetic changes made to buildings, it's hard for me to remember what businesses occupied the many empty storefronts.

Going to Kline's was a treat! From there we would go to the Style Center. On the way back to Avon Lake, we'd stop at Dutch Treat for a double-dip cone.

All four buildings in the 1969 photo are still there. That's becoming a rare thing in Lorain.