The owners of Lake Haven Park utilized several creative promotions to make sure its inaugural season was a success.

The article below appeared in the Lorain Journal on May 25, 1964, promoting a 12-class western horse show as the highlight of the Grand Opening. 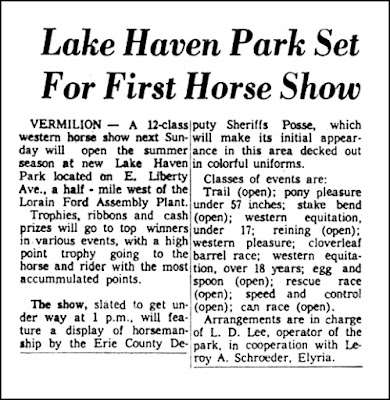 Lake Haven Park’s Grand Opening was May 31, 1964. The article below appeared in the Journal on the following day. It includes a photo of the official ribbon-cutting by Vermilion Mayor Louis Rauh Jr. and William Lee, as well as the horse show results.

Here's how the Sandusky Register reported the horse show results on June 1, 1964 (below). 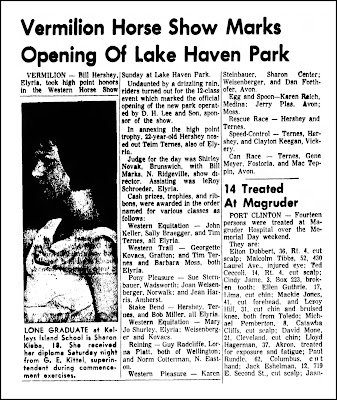 The next promotional event at Lake Haven Park that season was a sky-diving show featuring Dan Harding and his Red Eagle Skydivers. The article below appeared in the Journal on July 28, 1964.

Here are a few promotional items from the park's 1965 season. The article below appeared in the Sandusky Register on May 27, 1965. 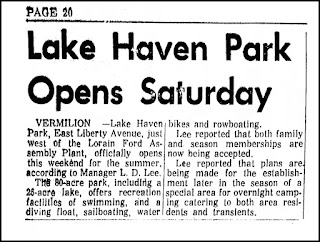 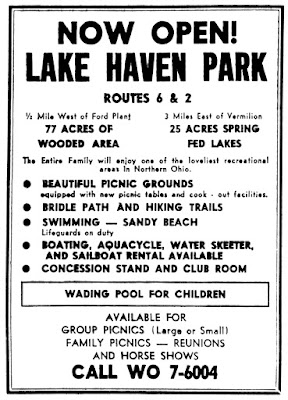 Just like neighboring Shady Lake, Lake Haven had its own planned housing development off Sunnyside Road. The ad below for Lake Haven Estates ran in the Sandusky Register on April 29, 1967. 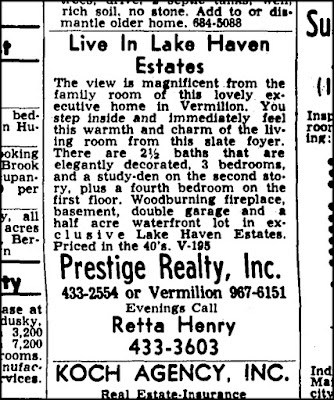 Lake Haven Park was still being promoted in 1971, although this was probably an oversight. The article below ran in the Port Clinton News-Herald on Friday, May 28, 1971. 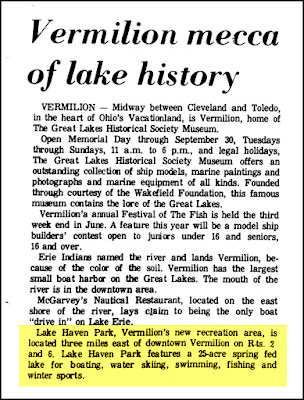 Based on comments left on the “You Know You’re From Vermilion" Facebook page after yesterday’s Lake Haven post, apparently Lake Haven Park did not remain open very long.

In 2018, much grading and maintenance work was done to the Lake Haven Reservoir dam and spillway. Many trees and brush were cleared, opening up the view from Route 6 – and perhaps bringing back forgotten memories of summer fun there briefly in the 1960s. 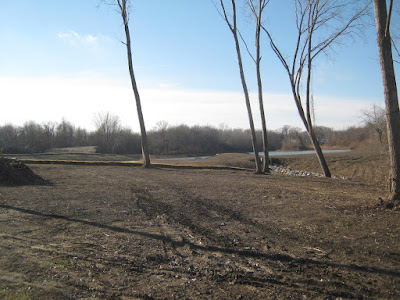 UPDATE (March 8, 2019)
Here is a Google map showing the lot lines of the future homesites mentioned in the reader's comment below. 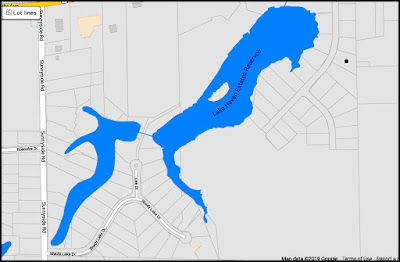 All that land that was cleared out recently is actually 20+ homesites with a road that is supposed to come off 6 called Crosstree Lane. I believe the lots were split/created many many years ago. Maybe it was supposed to be the east end of Lake Haven Estates. The Lugli family owns/owned it.

That's interesting, thanks for posting. I had read in the Vermilion Photojournal that the city had received numerous inquiries from residents as to what was going to be built there, and someone (the Mayor I think) had said that the land clearing was related to the dam and spillway maintenance.