Well, it’s February 11th – the birthday of Thomas Alva Edison – so it’s a good time to post the article below. It ran in the Lorain Journal back on January 15, 1959 in advance of Edison’s 112th birthday anniversary that year.

(Edison has been a favorite topic on this blog over the years. I posted a two-part series on the 1947 Edison Centennial here and here, and late last year featured an article about a barber who cut Edison’s hair. I even wrote about my family’s 1962 visit to Edison’s birthplace in Milan, Ohio here.)

Anyway, here is the article. It makes a few interesting points, including the observation that by 1947 it was estimated that his inventions had provided employment for 4,000,000 people.

****
In preparation for this post, I made a pilgrimage on Sunday to Milan (not that far a jaunt from Vermilion, where I live) for a quick photo. 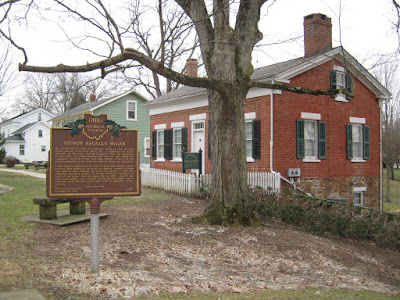 ****
On the way out to Milan on State Route 113, I passed Miller’s Ice Cream, which recently closed for good after 69 years. Here is the link to the now-shuttered business’ Facebook page. 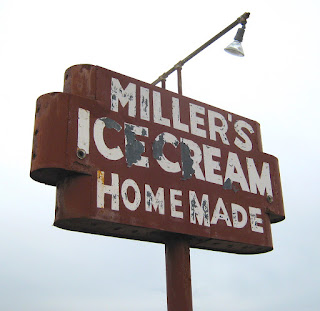